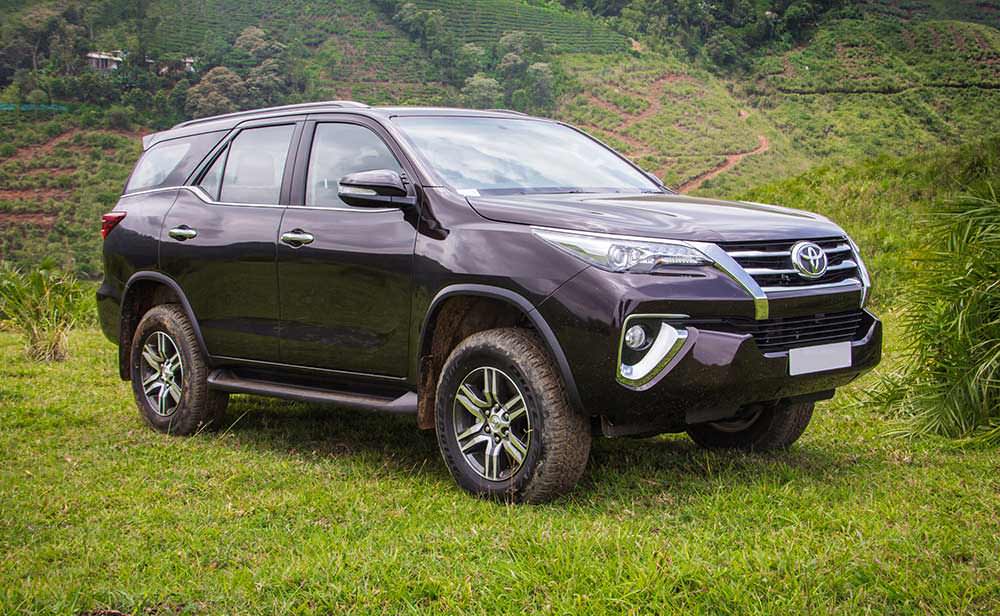 The new Fortuner launched with a starting price of Rs. 25.92 lakh for the manual petrol variant and topping out at Rs. 31.12 lakh for the 4x4 automatic diesel

Toyota Kirloskar Motor (TKM) first revealed the new-generation Fortuner in Thailand last year and has now launched it India. Priced between Rs 25.92 lakh and Rs 31.12 lakh (ex showroom Delhi), the all-new SUV could be a game changer for the SUV market in India.

On the design front, Toyota has gone for a complete makeover sporting a muscular yet sleeker styling and the new architecture has helped shed weight on the SUV also impacting the handling and over-all ride for the better. Moving away from the butch appeal, the styling seems to be a lot more urban, boasting of sharp lines, bold chrome grille and sharp wraparound projector headlamps. However, the large wheel arches gives it a tall standing and ground clearance that serves as evidence of its off-roading capabilities.

The petrol power comes from a 2.7-litre four cylinder engine that can churn out 164bhp at 5200rpm and 245Nm of torque at 4000rpm. The diesel engine boasts of a 2.8-litre four-cylinder oil burner and is tuned to produce 174.5bhp at 3400rpm and 420Nm of torque on manual version and 450Nm on automatic version, available between 11600-2400rpm. A 6-speed manual and 6-speed automatic transmission handles the transmission duties. However, only the diesel variant can avail of the four-wheel drive. Thus, the biggest changes in the Toyota Fortuner comes from under the hood!

The cabin boasts of leather upholstered seats, continuing with three rows of it with more space. The second and third row being foldable makes for improved cargo space too. Other features on the inside include touchscreens infotainment system with audio connectivity and navigation, multi-function steering wheel with paddle shifters, ambient lighting, automatic climate control and a lot more.

In the premium SUV segment, the Fortuner has been the bestseller and with the new generation version it has taken the best and made it better – looking to retain its top position.

Here are some of the other most sought after cars of 2016: