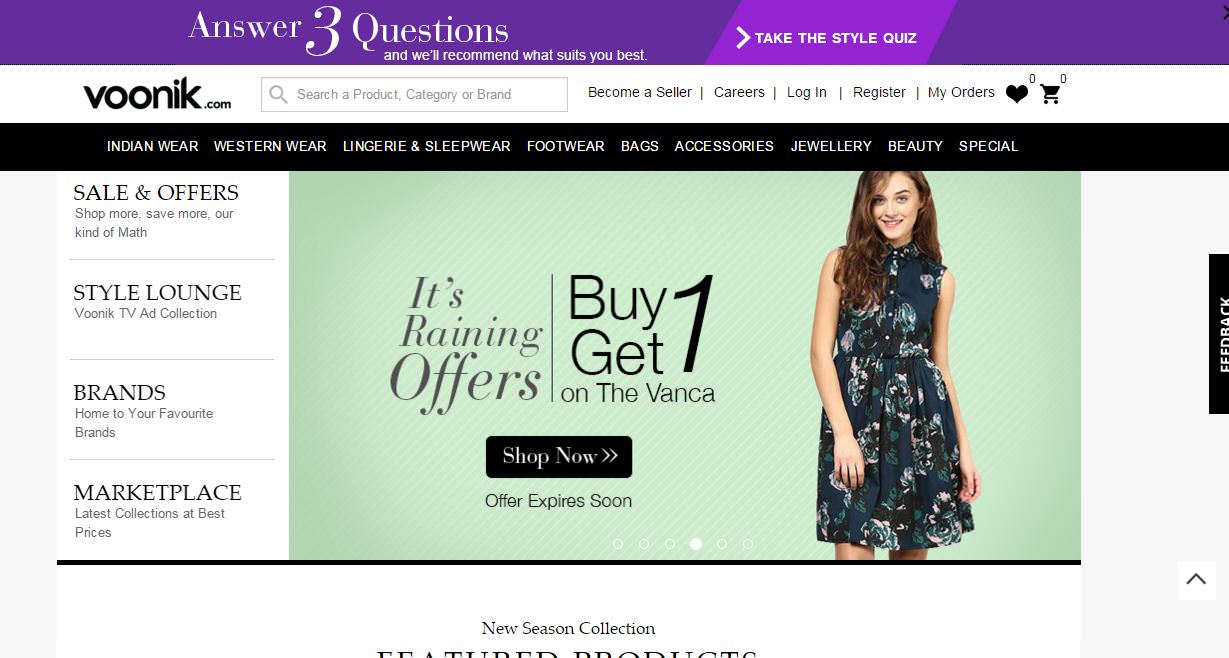 Voonik, a personalisation-focused fashion marketplace is all set to launch its men’s fashion app. The internet start-up which has a free online stylist for every shopper that comes to its platform has acqui-hires Getsty, a curator of personalised fashion for men to speed up the setting up of its new division.

The announcement comes close on the heels of Voonik’s recently launched TV ad campaign featuring popular Bollywood director, Farah Khan where it emphasised on the pleasures of being fashionable every day. It’s now extending this ease of being immaculate and dapper all the time to men as well!

“Our customers have given us the confidence that there is a huge market for personalisation and affordable fashion. With 5 million plus installs, we are already ranked third have the highest engagement in shopping apps. Our customers have consistently demanded a men’s range on Voonik, so that the men in their families could also have as much fun shopping as they do. With this huge demand already in place and the lack of good fashion apps for men, I feel there is a large untapped market for this product,” CEO and Co-Founder Sujayath Ali said.

By acqui-hiring Getsty, Voonik plans to leverage its existing customer base, its supplier network and its highly effective recommendation engine to speed up its own men’s offering.

Saurabh Acharya, co-founder Getsty said, “Ashish and I were convinced from the beginning that there are millions of people like us who don’t know how to dress correctly and how to choose the right clothes. When we heard about Voonik’s plans to launch a men’s division, we immediately wanted to have a discussion with them. The Voonik team and overall culture is really impressive, so we decided to come on board.”