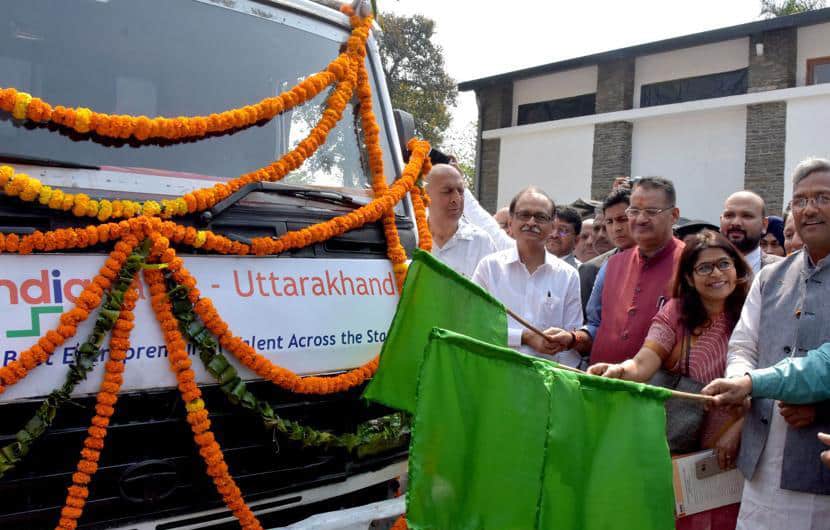 CM Rawat revealed that Uttarakhand is among the front ranking states on the ‘ease of doing business’ parameters and has further improved its position. Image credit: hindustantimes.com

Looking to promote the entrepreneurial ecosystem and its talents within Uttarakhand, Chief Minister Trivendra Singh Rawat rolled out the ‘Uttarakhand Startup Yatra’. The yatra, on a van, will cover 22 colleges with experts onboard. They will be looking out for talents to provide incubation so as to set up under the Startup India scheme.

CM Rawat hopes that the Startup Yatra yields fruitful results and does more than just making newspaper headlines for a few days. He said, “I hope after their selection during the nearly moth long yatra the local entrepreneurial talents will be provided all support and proper ecosystem by officials to help them set up their business ventures.”

Reportedly, he also unveiled a Startup Policy – 2018 and asked officials to prepare an action plan so that entrepreneurial talents “would feel encouraged to launch startups based on natural resources the hill state is richly” endowed with.


He believes that this system would help the local youth, which comprises about 57.5% of the state’s population, to set up their startups. These business ventures, in turn, would provide jobs for the many unemployed youth too.

CM Rawat revealed that Uttarakhand is among the front ranking states on the ‘ease of doing business’ parameters and has further improved its position. He added, “The state recently jumped into the sixth place from its ninth ranking in ease of doing business.” The Startup Yatra’s launch targets the setting up of 200 new startups in the next two years.

Manish Rai of Shrofile, a technological partner of Startup India, said that while visiting the colleges, experts will pose three questions to students and the answers will be recorded. A panel will then select startups basis these answers. The selected aspirational entrepreneurs would then be entitled to Rs. 5 lakh each – which will be distributed by the state government. Rai also added, “For such prospective entrepreneurs the Centre has also set aside a fund of ₹10,000 crore, which will be distributed among them depending upon the requirement of their start-ups.”