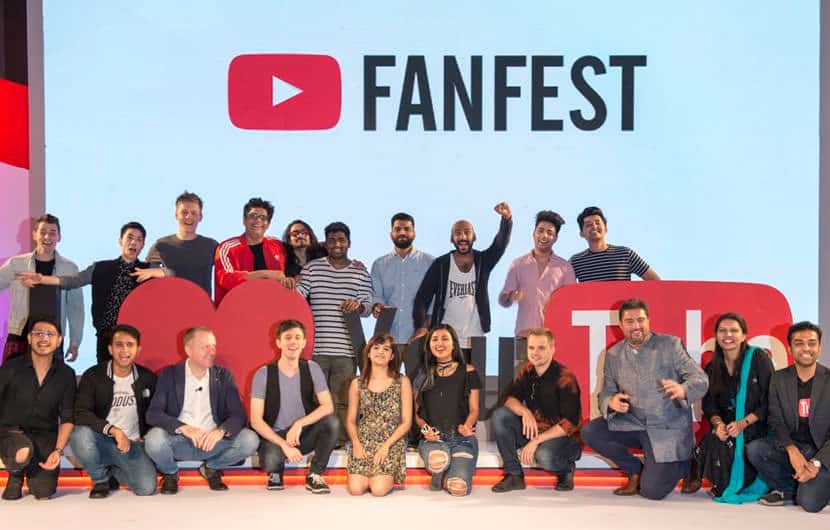 On the eve of fourth edition of YouTube FanFest in Mumbai, YouTube recognised the fastest growing online creators in India. More than 14 independent creators hit the one million subscriber mark the past year, more than ever before, across segments like Entertainment, Music, Tech and Food. YouTube claims it has seen over 180 million users per month in India on mobile alone, according to App Annie and is continuing to see massive growth in online video viewership in India.

“With more people coming online especially in tier 2 cities, we’re seeing more hunger for YouTube content across all genres. In 2016, we saw over 500 creators across India get over 100k subscribers, meaning at least one channel is crossing this threshold every day,” David Powell, Director of Online Partnerships and Development, YouTube, APAC. 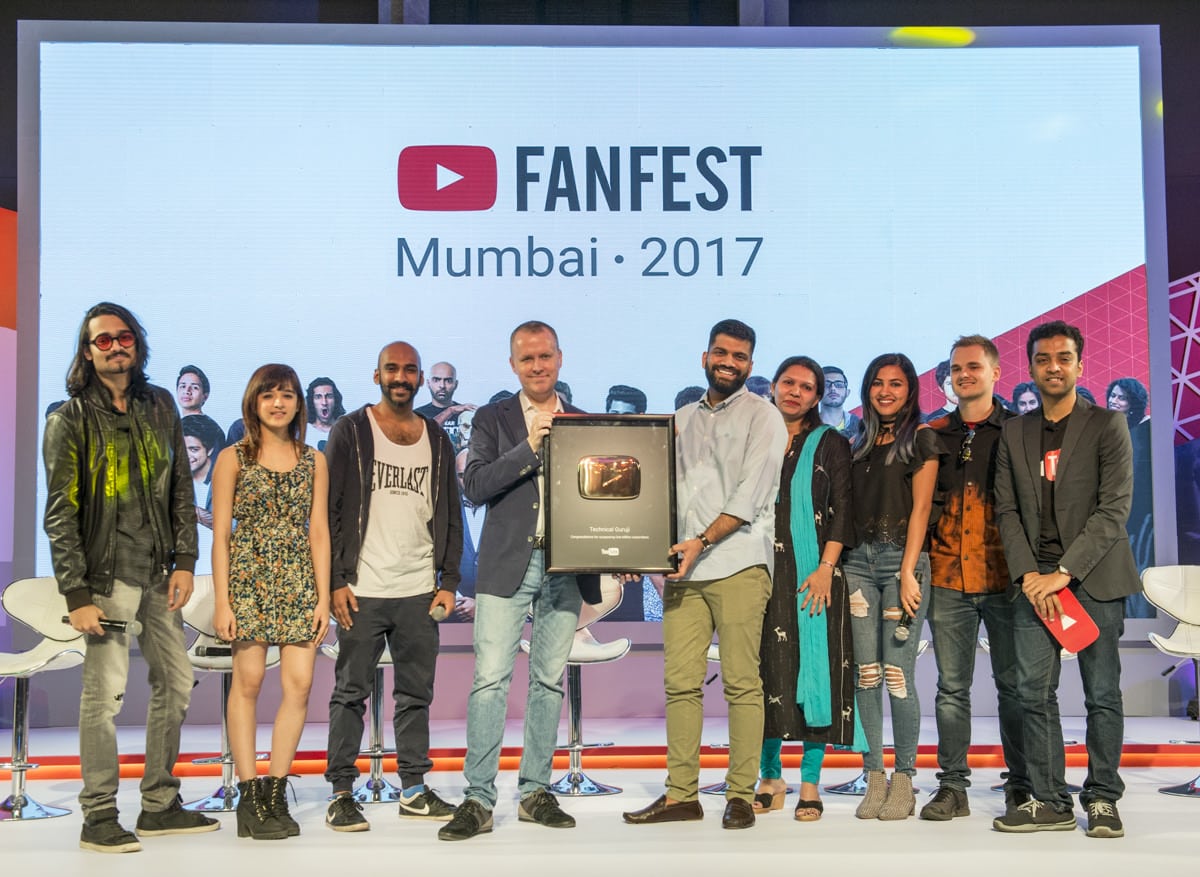 Owing to factors such as the smartphone penetration in India and improved access to internet, independent online creators have witnessed the fastest growth of creators’ subscriber base. With initiatives such as the NextUp development program, YouTube has been consistently investing in boosting creators’ success. YouTube has also held several events and workshops across India – amounting to more than 50.

Bhuvam Bam, also known as BB Ki Vines was congratulated at the pre-YouTube FanFest press conference for being the fastest creator ever in India to hit the 2 million subscriber mark. Technical Guruji and Shirley Setia were also awarded the Gold Play Button to celebrate the 1 million subscriber milestone. Amongst other top creators, Being Indian, Kabita’s Kitchen, Nisha Madhulika, SANAM, and Vidya Vox also emerged as the next generations of stars who are defining a new form of entertainment for millions of Indians with their entry into the 1 million subscribers club.

Mr. Powell adds, “This meteoric rise of content creators across the country is at the heart of YouTube’s popularity in India, and we are significantly ramping up our efforts to make India one of the most vibrant and successful content creator communities in Asia.”

YouTube has said it will be ramping up its efforts in creator community events across the country, focusing more specifically on the south of India.

Fastest growing online creators, who crossed the one million subscriber mark are: