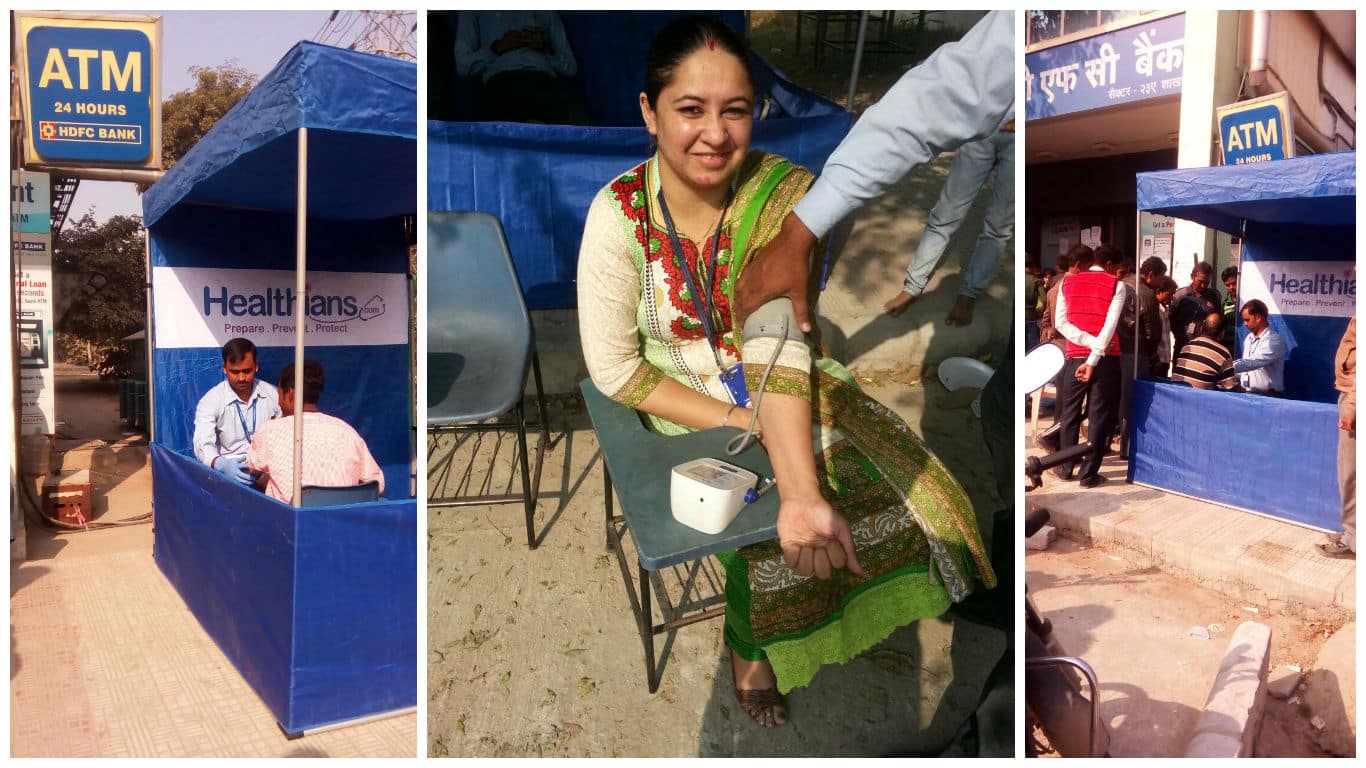 It’s been more than 20 days since the surprise announcement of demonetisation was made by Prime Minister Narendra Modi but the panic has hardly subsided, if at all. With over 50 deaths reported across the country, it can be argued that the level of distress faced by citizens across the nation may be too much to handle. In realisation of this, Healthians – a Delhi-based health test/diagnosis at home service – has set up free health camps to help those in the long queues at banks and ATMs across Delhi/NCR. 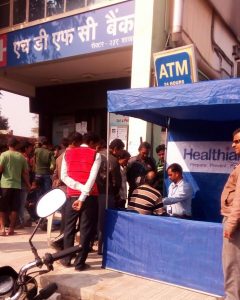 The free health check-up camps, that are monitoring the stress levels of individuals standing in queues for long hours, kicked off at several branches of select banks in Gurgaon and West Delhi. Healthians is planning to conduct such camps at more banks and ATMs in the coming days and have so far undertaken tests of more than 1800 individuals.

Initially people were hesitant of availing of the services offered, possibly fearing to lose their position in the lines. However, Healthians has also arranged for volunteers to stand in line on behalf of the people and since then, they began coming in groups of up to five.

Moreover, bank employees too have availed of the benefits offered by the check-up camps from Healthians. While several people also enquired about follow-up checks offering the old currency notes of Rs. 500 and Rs. 1,000, they were courteously denied and upon completion asked to book appointments through the official Healthians website.

Healthians is a diagnostic and wellness start-up and expects to screen up to 200 people at each of these lines over the weekends, despite the reluctance. The unique service has gained much appreciation by customers, who see it as an opportunity to relieve stress while waiting for their turn at these banks. 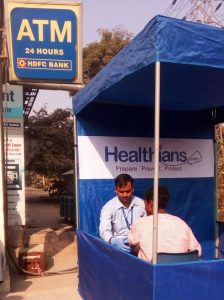 During the check-ups conducted at these banks, the most common health issues detected were high BP and rise in blood sugar. Due to instances of standing for hours in queues, the blood pressure level was found to be on the higher side in 64% of the people checked, while 19% were reported with increased blood sugar levels. Healthians also conducted body fat analysis for patients to determine the extent of damage caused by stress on their overall well-being.

Jenamani further added, “Since most people generally ignore health issues and make it a last priority, we want to remind people that good health is their greatest asset and they should not delay regular check-ups before it’s too late. Thus, with this unique initiative, we wish to ensure that all citizens of India lead a healthier and stress free lifestyle.”