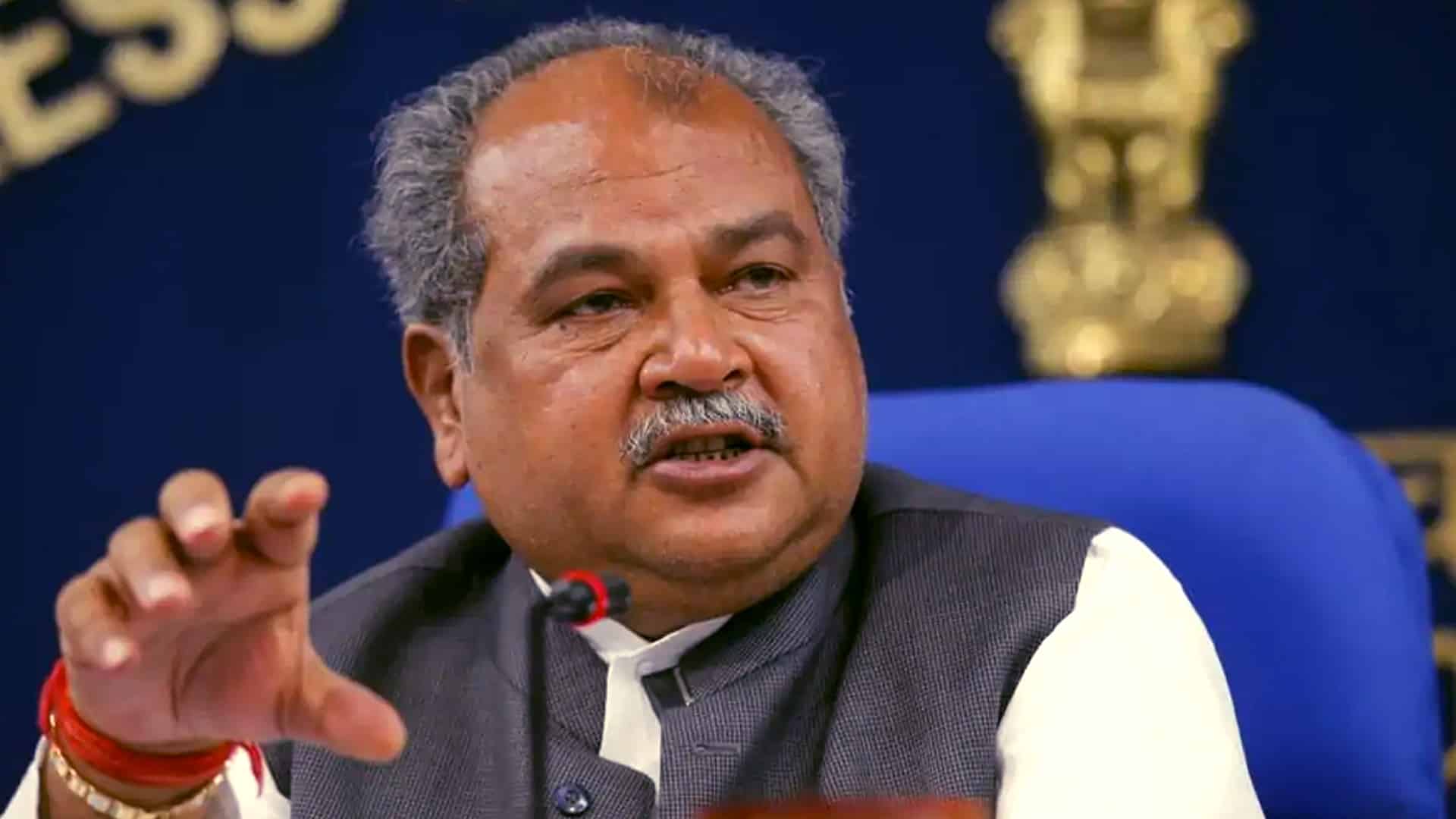 A farmer group from Haryana on Thursday met Union Agriculture Minister Narendra Singh Tomar, seeking their participation in the eighth round of talks to be held on Friday with the protesting unions and said it wants to raise the long-pending Sutlej Yamuna Link (SYL) Canal issue. Separately, Punjab’s Nanaksar Gurudwara head Baba Lakha, a renowned religious leader of the state, also met Tomar here and discussed the issues related to farmers’ protest. The representation made by Haryana Yuva Kisan Sagarsh Samithi (HYKSS), headed by former MLA Naresh Yadav Ateli, however focussed on the SYL issue. A delegation of 20 farmers reached the national capital by walking for over 130 kms from Ateli town in Mahendragarh district for eight days from December 30.


Speaking to reporters after the meeting, Ateli said, “I told the minister that you are inviting farmers’ leaders for the January 8 meeting. Please invite our 11 members as well. We are also farmers and want to raise the SYL canal issue.” While the SYL Canal issue is 45-years old, the protest over new farm laws is a recent development, he said, adding the government should give priority to settle the SYL canal issue with the Punjab government. Ateli said the Supreme Court order was in favour of Haryana and had the canal work been completed, the state would have got the much-required water to irrigate dry patches of lakhs of hectares of farm land. The HYKSS President said the issue has been raised with the Union Jal Shakti Ministry as well. “If the Punjab government is stubborn, then some agency should begin the work of SYL canal because the water level has gone down below 1,800 feet affecting lakhs of hectares of land,” he said. The only way to save the farmland in the dry belt of Haryana is to irrigate it from the canal water. The water level is so low that even tubewells cannot be installed, he noted.

“The minister said we will look into this issue (SYL canal),” Atelli said. Asked if there was a discussion on new farm laws in the meeting, he said, “Our main demand is water because there cannot be farming without water. Farm laws have come now. The SYL issue is very old.” He also alleged that the Punjab and Haryana politicians are playing politics on the SYL canal issue. “We could have got water had they risen above politics.” On the farm laws, Ateli said, “Politics is happening on this issue… If any farmers’ leaders or political parties say that the laws are not good, then they should come up with proper proof. If the laws are wrong, then what is right?” Asked if HYKSS supports the new laws, he said, “My fight is on water. I have not gone into details of the new laws. Laws are passed in Parliament, they will end their only. That is the work of Parliament.” He also mentioned that ongoing protest at Delhi borders is causing inconvenience to the public due to the road jam.