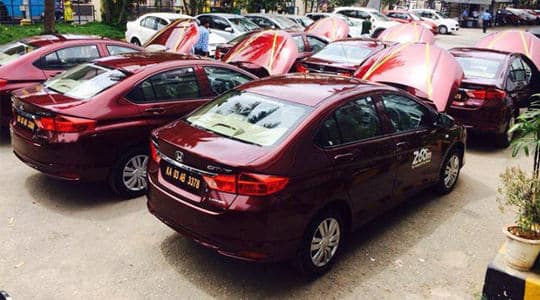 Bangalore-based self-driven car rental venture Zoomcar has raised Rs.31 crore from an interim funding round from its existing investors. This is following the exit of company co-founder David Back that will have the venture redrawing its strategy.

Zoomcar was founded by Back and Greg Moran in 2012 and is backed by Sequoia Capital along with angel investors like Lady Barbara Judge and former Infosys director Mohandas Pai. Till now, the company has raised over $11 million in venture funding.

“David was always most passionate about the early opportunities where he could go and build from scratch. Given the current stage of Zoomcar, some of that early stage excitement has evolved as we’ve grown,” said Moran, the chief executive officer of Zoomcar. The company has recruited many senior managers in the last few months to lead positions ranging from recruitment to marketing and human resources.

Many startup observers have noticed the trend of company founders to exit whenever there is a divergence on strategies, culture or operational tactics. “Investors or the board may decide they want to inject new management talent and decide a trimming of the founding team is necessary to make space for new executives,” said Ravi Gururaj, chairman of the NASSCOM Product Council.

Currently, the self-driven car industry is on a boom with names like Carzonrent and Formula Group entering the space. Zoomcar on its own has 1100 cars deployed in Bengaluru and Pune and plans to expand to other metropolitan cities like Delhi, Mumbai, Chennai and Hyderabad.