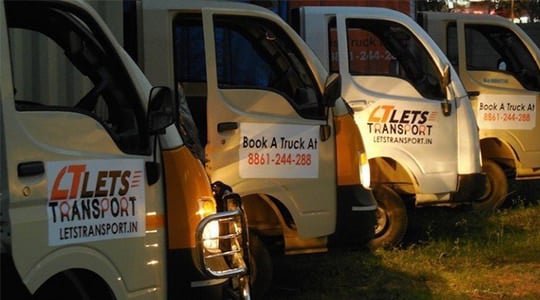 Bangalore-based, LetsTransport, one of the most renowned startups which intends to ensure smooth last-mile logistics has managed to raise $1.3 million led by Rebright Partners, with the participation of Ankush Nijhawan, Gaurav Bhatnagar and Manish Dhingraalso.

Pushkar Singh, Co-founder and CEO, understood the importance of logistics while working as an Assistant Operation Manager at Indian conglomerate ITC’s factories.

According to Singh, LetsTransport hopes to make life easier for businesses and consumers with online booking and transparent pricing. The funding amount that they have raised recently will be used to build its technological infrastructure, hire more people, and focus on expanding throughout India. LetsTransport currently handles over 3,000 transactions a month and has a 100-vehicle fleet.

By acquiring Shifter, another on-demand logistic service, LetsTransport recently has developed its B2B and B2C customers.

Though there are various competitors of LetsTransport like ThePorter, TheKarrier and Shippr.in, however, Singh thinks the combined background of its founding team which even includes former J.P Morgan equity strategy analyst Sudarshan Ravi and software engineer Ankit Parasher can differentiate itself from others.

LetsTransport is taking many positive steps to cater to the different needs of the stakeholders and industry verticals, for example it is developing its tech platform so that it can distinguish between trucks that serve the construction or catering industries, so the right vehicles is deployed as fast as possible to a client.