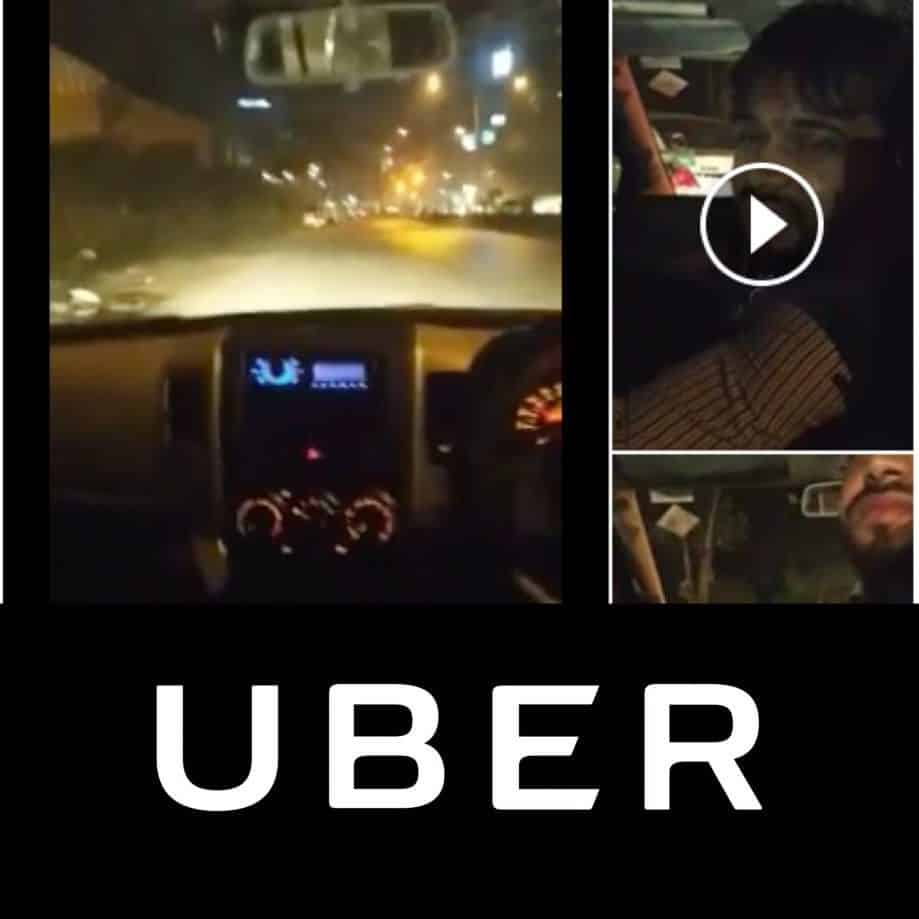 There have been cases where Ola, Uber and other cab drivers have been found guilty and indulging in gruesome and unlawful activities. Something which is not unique to only Cab drivers, humans are capable of the best and the worst things. It can’t be categorised by profession.

The interesting example is this Facebook video where a male and a female customer in an Uber Cab are getting into an argument with the driver. We are sure the cab driver would have either said or done something that would not have been to the liking of the two customers in the cab.

But these videos posted by the passenger clearly show a different picture. The customer with a video capable mobile phone appears to be harassing, threatening and blackmailing the Uber Cab Driver. And has followed this up with uploading these videos, possibly jeopardising the Uber driver’s bread and butter –

In the video shared by the customers themselves captures the cab driver trying to end the argument and move on. He nowhere tries to make the customers do anything against their will. If the customer wants to go to the police, he keeps telling them to do so and report. The woman and the man in the cab seem to be using all urban tactics to threaten the not so well spoken Uber cab driver, who may not have a world class vocabulary.


America has turned into Trumpland due to a deep divide, and India is rapidly becoming an angrier place by the day. The divide between the urban and the not so urban, so called well spoken VS the so called not so well spoken, have(s) and havenot(s) is growing by the day.

Uber and other companies who have people carrying their name on the road, in the market need to invest more in soft skills and customer service training. But at the same time, the so-called well spoken urban class needs to be a little more patient, calm and avoid rebellion in everything.

The world is already suffering from the Social Media Activism, Terrorism and Justice, and its time to calm things down.