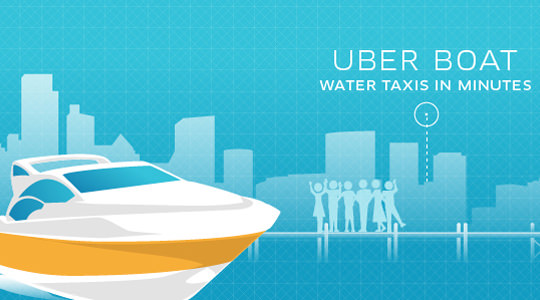 Uber has launched one of the most accessible intercontinental services – a boat ride through Istanbul. The boat (aptly named as UberBoat) can take passengers across the Bosphorous, the strait that divides the European and Asian halves of the city.

The company stated in a blog post that the UberBoat service can be seen near the shorelines of the city. Uber has contracted speedboats that can hold six to eight passengers at a time. These boats are owned and operated by a Turkish company, Navette.

Depending on the destination, rides could cost anywhere from roughly $20 to $150. Of course, Uber does face some competition for transportation across the Bosphorous: in addition to the public ferry, there’s an underground metro and two highway bridges that shuttle millions across the strait daily. Uber entered Istanbul last year with its traditional car-hire service. Moreover, public ferries cost just 81 cents – a far cry from the price tag of an UberBoat ride.

This is not the first time Uber has started an on-demand boat service. However, this is the first time that the company has provided a permanent offering. Last summer, Uber offered ferry services around Boston in partnership with Boston Harbor Cruises. The offer ended when the season changed.