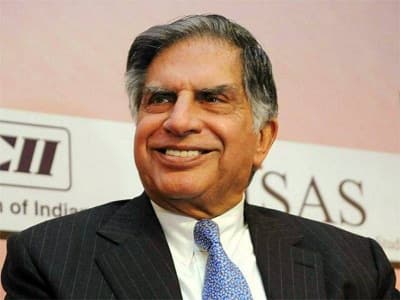 The Finance Ministry’s plan to set up a Bank Board Bureau has kick-started with the Centre hoping to rope in stalwarts of industries such as Ratan Tata, NR Narayana Murthy, Deepak Parekh and Naina Lal Kidwai, according to a report by The Economic Times.

A Bank Board Bureau will be the first step to a structure like a holding company for state-run banks. The whole purpose behind the BBB is to select top officials for public sector banks. The BBB will also interact with banks individually and help them with their business strategies and make suggestions to the government on various issues including consolidation.

To set up the BBB, a search committee was set up in December last year. The committee included the Reserve Bank of India Governor Dr. Raghuram Rajan and plans to shortlist six candidates and a chairman for the BBB. The BBB is a part-time body which once formed will take over the selection process for public sector banks.

The proposed BBB is to be operational from April 1st, this year. A government official told The Economic Times, “Some names have been shortlisted for the consideration of the search committee. We are hoping to get a renowned industry leader for the chairman’s post.”

Ratan Tata, Tata Sons Chairman Emeritus and Narayan Murthy, cofounder of Infosys have emerged as leading angel investors in the country off late.

Naina Lal Kidwai, is also an industry stalwart as she is on the boards of many organisations such as Teri. Deepak Parekh, another person that the government is hoping to rope in for the BBB is the chairman of HDFC Ltd and a veteran of the banking industry.

The six-member panel will have three government officials and three experts, of which two will be from the banking sector, according to the ET report.