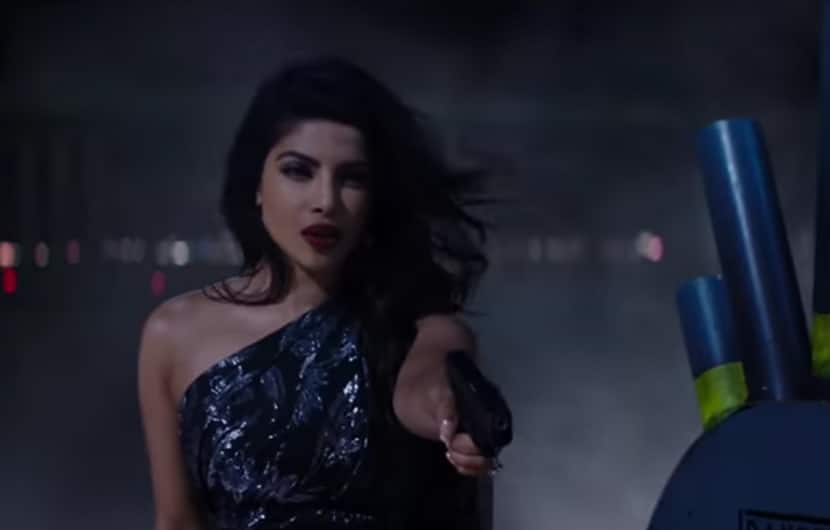 Priyanka Chopra in a still from the new Baywatch trailer

Life guards running in slow motion, sun, sand and surf in abundance – the new trailer for Baywatch starring Priyanka Chopra is out.

The Indian film actress is seen convincingly holding a gun pointed at Dwayne Johnson aka The Rock in her portrayal of the antagonist – Victoria Leeds.

There is a little comic timing which one might think does not fit well and the plot seems to be simple enough to understand from the trailer itself.

Directed by Seth Gordon, Baywatch opens on May 26 and also stars Alexandra Daddario, Ilfenesh Hadera, Kelly Rohrbach and Zac Efron. The television series of Baywatch was once the most watched American TV series on NBC and is now being adopted as a film. Check out the trailer