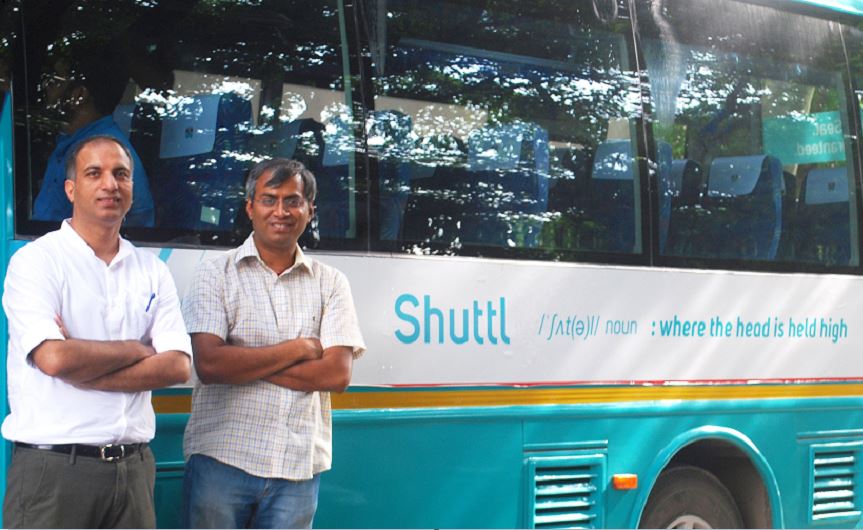 Shuttl announced raising $11 million in a series B round of funding led by Amazon, in connection with the Amazon Alexa Fund and Dentsu Ventures along with existing investors – Sequoia Capital, Times Internet, and Lightspeed Ventures. The investment is expected to help the Gurgaon-based urban mobility startup expand its geographical reach, aiming to assist in reducing congestion and limited reliable, safe and cost-efficient options to commute.

The mobility startup’s smart buses supposedly serve 45,000 rides daily in Delhi-NCR and are currently present in 7 cities across India with 800 buses and 150 routes. Being that it’s buses are more road-space and carbon efficient than cars, Shuttl believes that it is able to reduce congestion and pollution with a single solution.


In last three years, by digitally enabling drivers-partners and transporters, Shuttl claims to have created and supported 250+ small entrepreneurs in the transport sector. They have also added technology enabled safety features, like face-recognition and live-CCTV feed aimed especially at issues faced by working women.

Shuttl’s work in creating a sustainable urban mobility solution has been recognised in India and internationally. In June, they received UK’s Ashden Award while in April, Shuttl received Urban Innovation Award at the 2018 “Happy Cities Summit” in Amaravati, Andhra Pradesh and signed an MOU with the government to run a pilot in the region which supposedly has the potential to impact 3.5 million inhabitants by 2050. Earlier in April, the World Research Institute (WRI) also awarded Shuttl the 2018 ConnectKaro Award for its work in work in improving access to affordable, reliable, safe and smart transport. The company has also recently expanded into Kolkata, a decision which is in line with Shuttl’s long-term plans to take its services outside National Capital Region (NCR).