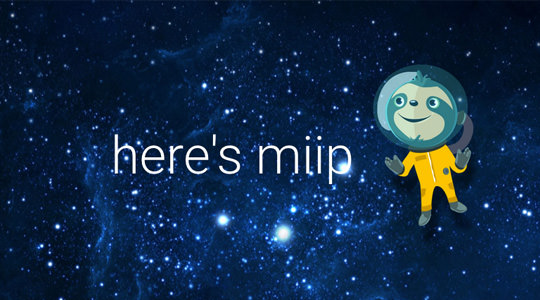 Indian mobile advertising network InMobi has launched an artificial intelligence discovery platform that would show ads to people about products and services that people actually want to buy. The company aims to solve the problem of unwanted advertisement s that advertisers implement on websites and mobile apps.

Founder Naveen Tiwari unveiled the platform called Miip in USA – the arena where big heavyweights like Google, Facebook and Apple reside. Based in Bangalore, InMobi competes with firms in the market for advertising driven by data.

The platform forms discovery zones for consumers within their favourite apps and then presents a quality controlled collection of product feeds, apps and related content with apt imagery.

Miip has been portrayed as an animated sloth character which analyses the surfing behaviour of users. It then picks out relevant products and then presents them via suggestions. This approach is quite different from push-based advertising. Instead, it learns and refines its suggestions over time through the reactions given by the consumers.

“Ads today have forgotten the protagonist of the story, the user,” said Naveen Tewari, chief executive of InMobi, who unveiled the product at a prime venue in San Francisco in front of an audience which included marquee Silicon Valley investors, top academicians and entrepreneurs. “With Miip, we will put the user ahead of everyone else, and deliver a consistent, personalized and content-rich experience that users will fall in love with,” said Mr. Tewari, who co-founded InMobi with fellow IITians Amit Gupta, Mohit Saxena and Abhay Singhal from a single-bedroom flat in Mumbai in 2007.

Mr.Tewari added that InMobi is expecting to earn revenue close to $1 billion through the Miip platform in the next few years.

InMobi has raised $200 million from Japan’s Softbank but faces tough competition from companies like Google, Facebook, Microsoft and Apple.T hese players are rapidly eating up global mobile advertising market share, which will hit two significant milestones in 2016, surpassing $100 billion (Rs. 6.3 lakh crore) in spending and accounting for more than 50 per cent of all digital ad expenditure for the first time.