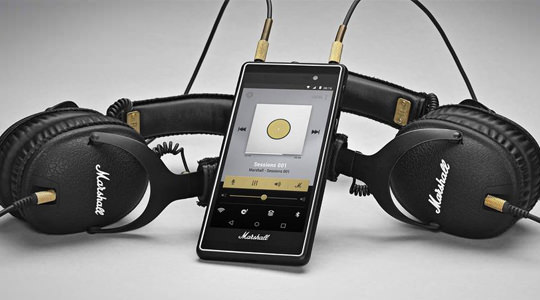 Amplifier giant Marshall has leaked plans for a signature smartphone called London which will carry the trademark Marshall brand and also feature various physical features on an aesthetics scale. It is designed with all of the retro style and has a texture from its classic guitar amps. With that look, the London has a first mover advantage as no other company has made such a phone before.

The London can be considered a lower-end phone with a modest hardware consisting of a 4.7 inch 720p display, 2GB RAM, a 2500 mAh and a Snapdragon 410 processor. However, the processing hardware is far from the London’s USP.

It has the traditional Marshall grainy textured finish of the iconic amps. But the music-oriented theme goes deeper than aesthetics. You adjust volume with a wheel, just like you did on your old Walkman. And like the original Walkman way, way back in the ’80s, London has two headphone jacks so you can listen to tunes with a friend. The finishing touch is an “M” button, which takes you straight to the music. The phone also has dual speakers, a built-in DJ software and an equalizer. 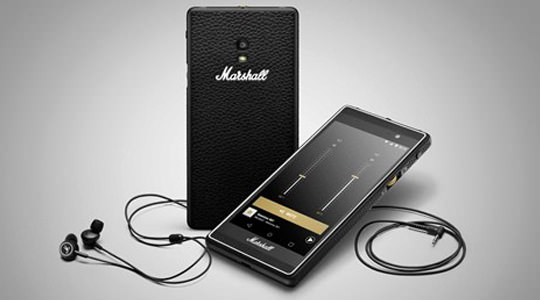 The phone is available for pre-order and is priced at $585. While the average smartphone user may not be too attracted by the London, but music enthusiasts and rock music fans would love to have this collector’s item.