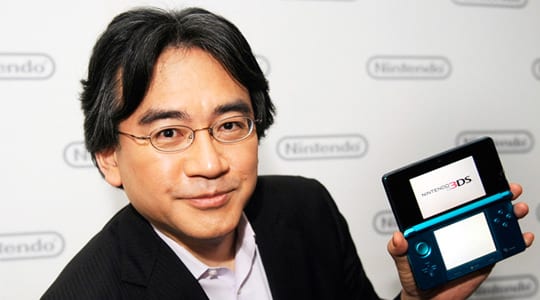 The death of Satoru Iwata has left countless Nintendo fans, both old and new, in a state of shock. However, what he left behind is a legacy of his exceptional leadership skills, pioneering innovation for the company as well as being the saving grace for the tougher times Nintendo had to go through.

Iwata’s story is laced with unbelievable risks tinged with bright thinking and bold ambitions. With his love for video games, Iwata saved Nintendo by reinventing its trademark brands.

He was appointed president of the company in 2002 in quite an unconventional manner. He was the company’s very first elected president who had no blood ties to the Yamauchis; the family that had founded and managed Nintendo across three generations.

This was a time when the Nintendo Gamecube was being overshadowed by the popular PlayStation 2 with retailers and publishers abandoning the console. With just a year as the company’s leader, Iwata had to break the sad news to the investors that the company was losing capital.

But in the same speech where he announced Nintendo’s half-year fiscal loss, Iwata revealed plans for a new system that would take the company on a bold new direction. The Nintendo DS was to be his first major gamble; a bizarre-looking handheld that housed two separate screens in a clamshell design. It was the first mainstream games platform to use a touchscreen and stylus, and one that clearly prioritised how it felt over how it looked.

DS was a surprise hit and resulted in record-breaking sales. It did not matter how the device looked or played. Iwata’s vision was to attract non-gamers and those who liked indulging in casual games. Hence, for every New Super Mario Bros. and Mario Kart DS released, there was a Brain Age and Nintendogs. The popularity and ease-of-play for these games soon spread with gamers playing them in daily situations like commuting in subways and walking in parks.

The DS underwent several revisions throughout its ten years in the market and sold more than 150 million units. While some felt that the arrival of PlayStation Portable could spell doom for the device, the DS created its own audience who were undeterred by the PSP.

Even before the reveal of the Nintendo DS, at E3 2004, Iwata already had bigger and bolder plans in place. He said the handheld “should serve as a hint towards our next-generation console,” but few would have predicted how far Iwata was prepared to go. His second major gamble, the Wii, was so radical, so implausibly different, that it belongs in a league of its own.

At the Tokyo Game Show in September 2005, Iwata took the stage and held up a bizarre, one-handed game controller. This was perhaps the defining moment of his career; a wild and arguably reckless break from more than thirty years of tradition.

Iwata would never reach that same height again. The 3DS initially struggled with a lukewarm reception to its stereoscopic 3D, as well as a declining market for handhelds, while the Wii U is a more clear-cut failure; another brave idea certainly, but one that did not connect with the masses.

Nintendo, like all creative companies, will stumble again and again throughout its lifetime. That is a natural flaw of any person or business that dares to innovate. That dares to expose itself. But Nintendo is undoubtedly standing on far more solid foundations now than it was thirteen years ago. Iwata’s legacy serves as a reminder of how far one can go if they never give up on their ideas.