Connect with us
Image Courtesy: Inspiration4

SpaceX has forayed into space tourism with the launch of world’s first all-civilian ‘Inspirantion4’ mission. The Space X Falcon 9 carrying four amateur astronauts blasted off from Florida’s Kennedy Space Center at 8:02 p.m. EDT Wednesday (5.30 am India time Thursday) and soared into orbit. The crew aboard the Dragon capsule comprises billionaire Jared Isaacman along with two contest winners, a health care. It will spend the next three days circling theath at an unusually high orbit — 160 km higher than the International Space Station.

“Congratulations, #Inspiration4! Proud to provide the launchpad from @NASAKennedy for the first spaceflight with an all-private crew. Today’s launch represents a significant milestone in the quest to make space for everybody,” added NASA in a tweet.

The crew of #Inspiration4 is go for launch. pic.twitter.com/xou4rJJnjp

The three-day mission will target approximately a 575 km orbit, flying farther from Earth than any human spaceflight since the Hubble Space Telescope repair missions.

Isaacman, an accomplished pilot, persuaded SpaceX to take the Dragon capsule higher than it’s ever been. Initially reluctant because of the increased radiation exposure and other risks, SpaceX agreed after a safety.

Upon conclusion of the three-day journey, the crew will re-enter Earth’s atmosphere for a soft water landing off the coast of Florida.

“The #Inspiration4 launch reminds us of what can be accomplished when we partner with private industry! A commercial capability to fly private missions is the culmination of NASA’s vision with @Commercial_Crew,” Bill Nelson, NASA Administrator tweeted.

“Thank you for visiting our #Inspiration4 crew before their departure to Launch Complex 39A,” Inspiration4 tweeted.

During their multi-day journey in orbit, the Inspiration4 crew will partake in a first-of-its-kind health research initiative to increase humanity’s knowledge on the impact of spaceflight on the human body. 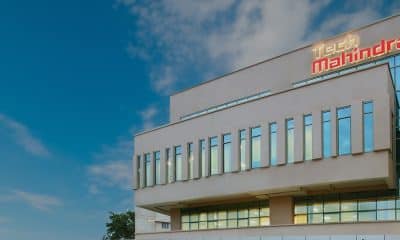