Indians are changing the way they commute. There has been a constant evolution and technology has been playing its role in simplifying access. A concept of the West which we could only see in Hollywood flicks is getting local by the day. Some advertisements keep popping claiming of fares as low as Rs. 49/hr.

Ken Research in a report projected a promising picture of the self-drive market that is set to reach Rs. 14Billion by 2020.

Back in the days, one would have to beg borrow steal to get a car for a few hours to either impress people around or to simply commute from point A to B with complete self-reliance and independence. And yes not to forget those outstation travels where there is someone who has road sickness and can’t travel by buses. Whereas today you have many options and a wide selection of cars to choose from with companies like Zoomcar, Revv, Avis, Hertz, Let me Drive, Voler, Just Ride, Car Club, Self drive.in and more.

One such brand is Myles. Founded in 2013 as a self-drive arm from Carzonrent.

Rajiv Kumar Vij in 2000 founded the company Carzonrent, and the company rose to a position of market leadership and recognition with the exclusive franchise rights from Hertz and subsequent launch of the Radio Taxi brand EasyCabs.

It was natural for the group to venture into the self-drive space with the history and understanding of the market and a fleet of cars.

Myles run by the next generation entrepreneur, Sakshi Vij daughter of Rajiv Kumar Vij, is expected to bring in youthful thinking something that this industry has to be driven by. With today’s fast life the current generation is impatient and needs accessibility with a few taps on the mobile device, and they need it now.

Myles promises to be that answer. 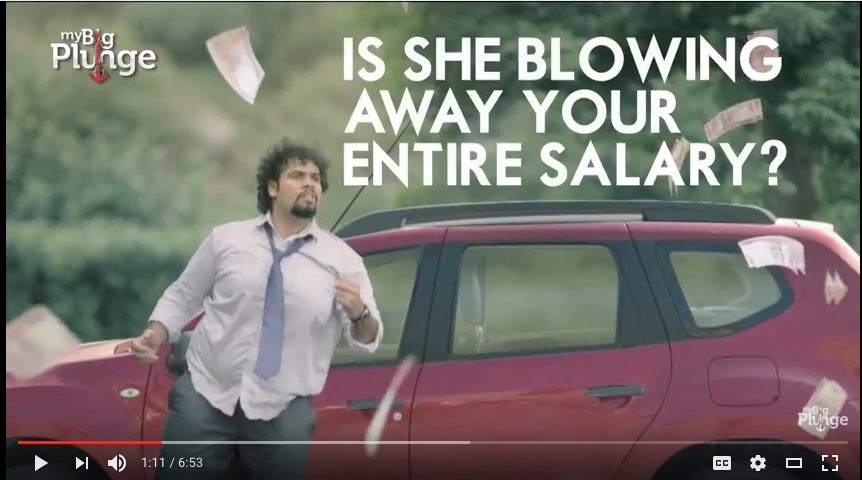 Check out the full Episode on My Big Plunge

In Conversation with Sakshi, she spoke in detail about the plans and how Myles is committed to play a role in building the self-drive space.

“Cars get used only 20-30% of the times when bought at a personal level, and you pay for 3-4 years. What we are doing is helping the car to be used up to as much as 70-80%. Apart from our objective of providing you car wherever you are, one main aim is to monetize the vehicle optimally. In car rental segment, while one person is paying a certain amount on a per booking basis, we are monetizing it a lot more on the overall basis”.

“It is a win-win for owner and user as people get their particular car for that particular time, and we get the procedure to continue. We are trying to help un-commit a car,” said Vij.

“The first challenge was that Indians never used to rent cars in India. They would rent cars when they travelled outside, but never in India. So, we had first to bring in that mindset.”

“The third was the most important and difficult one. One of the prime objectives of car rental segment is congestion reduction, making the segment more collaborative and asset light.”

“We don’t buy cars anymore. We work with self-drive operators, fleet operators, car dealer, manufacturers, who are giving us cars. We will also be going to work with individual car owners. That will truly mean to reduce the total number of cars in Indian market.”

“The consumer has become aggressive now, and they understand the economic benefits in the self-drive space. The number of personally owned vehicles is approximately 2.6 million. Indians, in general, commit 11 billion dollars in buying, and the population of owned cars from 25-27 million is expected to grow to 35 million in the future.”

The rental segment is the only effective way to solve this congestion. “Every 1 car added to the car sharing network, can reduce 20 cars in the ownership network.”

The market in the next five years should have about 200,000 cars, she added.