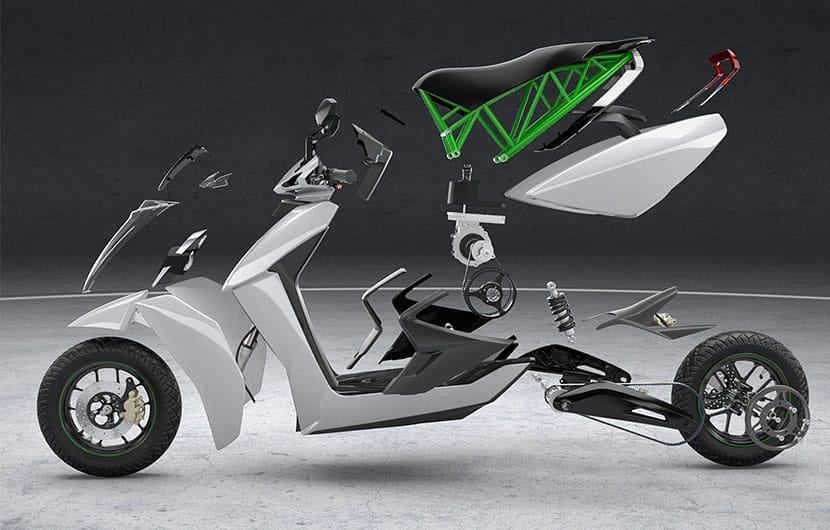 Calling it "inevitable", Ather Energy believes that eventually all vehicles will be electric

Ather Energy, an automobile design and manufacturing company, raised a fresh round of funding of INR 180 crores from Hero MotoCorp – for 26-30% stake. They are building India’s first smart, electric scooter – the S340 – and their previous rounds of investments include names like Tiger Global, Sachin and Binny Bansal – in their personal capacity.

In the follow-up to the investment announcement, we spoke with Tarun Mehta, CEO & Co-Founder, Ather Energy, about receiving ‘the largest investment in India’ for a two-wheeler electronic vehicle (EV), challenges in the segment and their plans for the future.

The market size for EVs in India is currently not very lucrative, could you explain the market size and how much of it consists of two-wheeler Evs?

EV sales in 2016, ended March 31, rose 37.5% to 22,000 from 16,000 the year before, as per data from industry body – Society of Manufacturers of Electric Vehicles (SMEVs). These included 20,000 electric two-wheelers and 2,000 four-wheelers. The jump was fueled by subsidies under a government initiative called FAME India (Faster Adoption and Manufacturing of Hybrid and Electric Vehicles in India).

Obstacles that an EV manufacturer faces in India, concerning creating the right environment including changing the mindset of people to adopt these products?

Our belief is that, to drive adoption of EVs, it’s not enough to just build a great vehicle, particularly in the nascent stage of the market that we are in. Early movers such as us also need to help build a vibrant ecosystem – whether it’s on the supply chain side or the charging infrastructure. And as with any business that is starting a trend rather than following one, there are hardships aplenty. One of the critical issues is creating a product for an ecosystem that is yet to be built in India. This is heavily dependent on vendors in the ecosystem, who are not easy to bring on board because such a product has not been explored before, and so they do not have any reference point to fall back on.

With regards to product adoption, we have no apprehensions as such. This is a high-tech product and consumers will most likely have to pay a premium – perhaps somewhere between a Honda Activa and a Vespa. But it is important to note here that it is a premium product because it is a tech-driven product and that will excite only a certain kind of consumer. Typically, they would be early adopters in any tech-driven curve, which is what we are going after. To give you some perspective, it is like smartphones 7-8 years back. Only certain kind of people wanted it back then, but with consumer acceptability and with prices coming down, it became mainstream.

What steps are being taken to catalyse the EV market here and to what extent is Government assisting?

We believe that eventually, all vehicles will be electric. It’s inevitable. Whether it’s consumer demand, the supply ecosystem or the technology evolution curve – all factors are aligned to drive growth for electric vehicles. A further thrust is coming through the strong support that the government is providing through National Electric Mobility Mission Plan (NEMMP) 2020 and FAME (Faster Adoption and Manufacturing of Electric Vehicles). However, some structural enablers need to be put in place to fast-track adoption. An extensive public charging infrastructure is one such example, and we have taken it upon ourselves to set up a ubiquitous network of charging stations across every market that we will operate in.


What does an investment from auto giants like HeroMoto Corp imply, for Ather Energy and the segment in general?

Hero MotoCorp has a strong belief in the future of EVs and wanted to play an active role to bring the future forward. They were very clear that this industry is going to be built by start-ups because it’s not merely technology innovation, it is also business innovation. The way these vehicles are sold will probably change, and this requires fresh thinking, talent and culture. The funding is a strong validation of our product roadmap and technology capability. We believe smart connected electric vehicles are the future and India will be an important global player in it. Our vision is to fast forward to that future, and this investment will help us leapfrog several years of automotive experience.

How does Ather Energy plan to utilise funds from ‘the largest investment in the smart electric two-wheeler segment in India?

This new round of capital infusion will be used by Ather to sustain momentum in its journey of building a future-ready product platform and to accelerate the infrastructure and ecosystem development around electric vehicles in the country.

Hero MotoCorp’s Board of Directors approved an investment of up to Rs. 205 crore, in its meeting, held on October 26, 2016. Of this the Rs. 180 crore is the immediate portion.