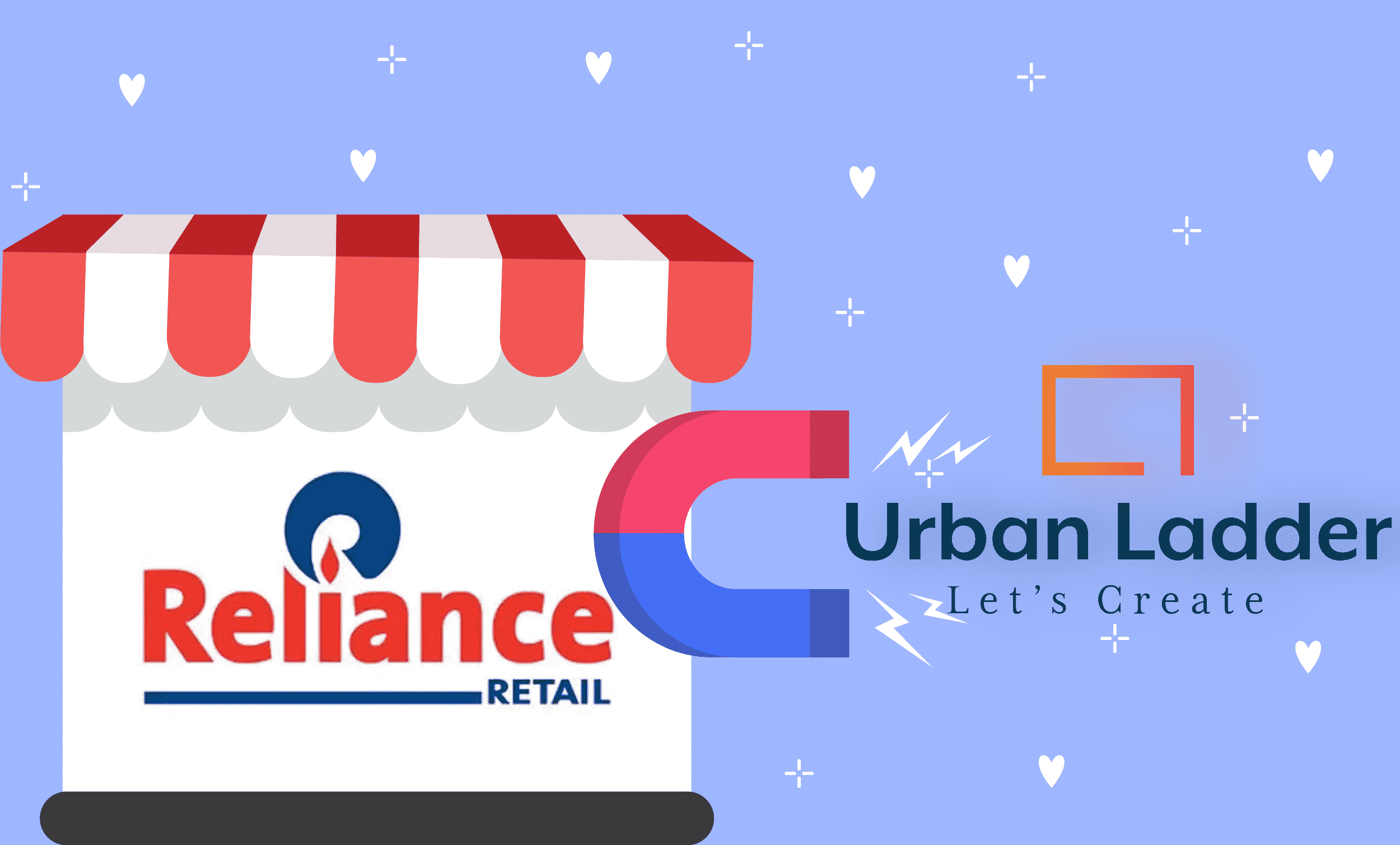 The investment represents about 96 per cent holding in the equity share capital of the Bengaluru-based online furniture retailer.

Reliance Industries has bought Urban Ladder for over Rs 182 crore with market watchers saying that this will help the Mukesh Ambani-company take on Amazon and Flipkart. The investment represents about 96 per cent holding in the equity share capital of the Bengaluru-based online furniture retailer.

RIL in an official statement confirmed that Reliance Retail Ventures (RRVL), a subsidiary of RIL, has acquired equity shares of Urban Ladder Home Decor Solutions for a cash consideration of Rs 182.12 crore. And it has proposed to make further investment of Rs 75 crore, which would be completed by December of 2023.

Analysts, according to Business Standard, said Reliance is expected to acquire more companies and purchase strategic stakes, especially in e-commerce firms, as this would help it compete with Amazon, Flipkart, Ikea and Pepperfry. Salman Waris, managing partner at TechLegis Advocates and Solicitors, said the deal with Urban Ladder indicates a broader push into e-commcerce as it prepares to take on giants like Amazon and Flipkart. He pointed out that the deal will broaden the group’s digital and new commerce footprint and also widen its bouquet of consumer products. Sanchit Vir Gogia, chief executive at Greyhound Research, believes Reliance is going to come out as a very strong player in this market. “It is hard to build the experience and user base that they are getting from Urban Ladder. What they would now do is infuse a lot more capital,” he explained. “They would be able to now have tighter integration between online and offline channels, which is what Urban Ladder was trying to create, but it was very capital intensive.”

Also Read: India has put to use its scientific calibre to fight COVID-19: Dr Harsh Vardhan

E-commerce only set to grow in India

Reliance expanding its horizon in the e-commcerce industry doesn’t come as a surprise as online retail is only set to grow in India. According to Unicommerce E-commerce Trends Report, as the e-commerce ecosystem matures in India, there is an increasing trend of brands going directly to the consumers to offer a great experience to their patrons. While the brands have created their website, the brands continue to sell on the marketplace as it still drives the majority of the order volume. It said the number of consumers shopping directly from the brand’s website is increasing at a much faster pace than marketplaces. The report highlighted that brand websites have witnessed 88 per cent order volume growth as compared to 32 per cent order volume growth on marketplaces.

In August, Reliance had ventured into the online pharmacy segment by purchasing 60 per cent share in Netmeds.

Cancel reply
‘Amazon seeking to exercise control over Future Retail without owning a stake’
Indian sellers find market in US, Europe and Australia through ebay