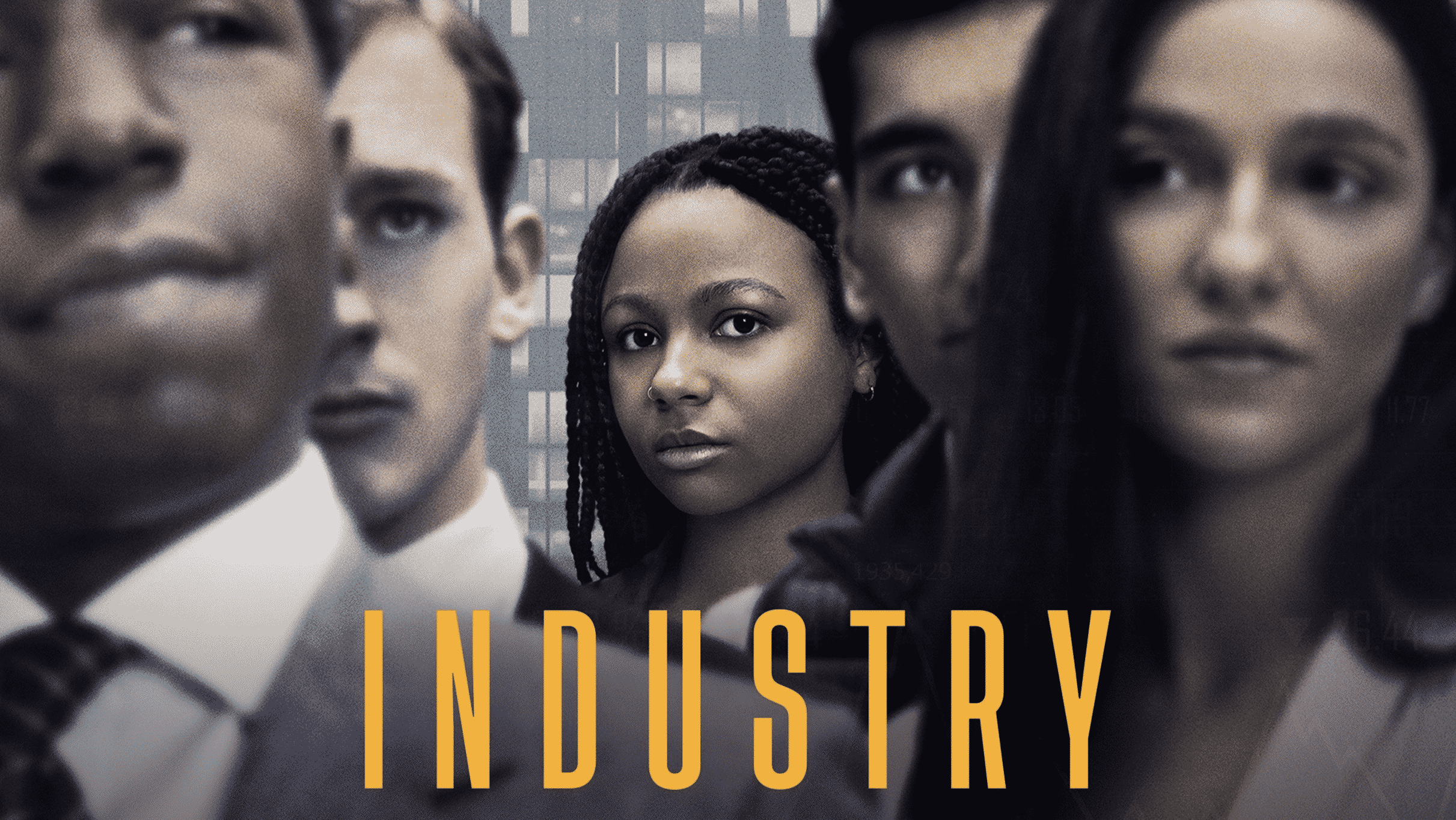 HBO’s Industry is no doubt a done to death screen drama, which no matter how many times is done to death, still rises like the phoenix. Always a worthwhile watch to see a cut-throat pacy work environment where simple yet complex work relationships come into play and a neverending no holds barred rat race.

Created by Mickey Down and Konrad Kay, with a pilot directed by Lena Dunham, HBO’s Industry is a story set at a fictional London top Investment Banking firm, Pierpoint & Co. Where a group of newbies who have made it to the firm, find themselves in a situation where they have to fight to cement their position. Day 1 address by the firm’s senior leaders makes it clear that by the end of 6months, only half may survive in the firm. Sounds familiar? Remember done to death alert.


It may appear to be a Gen Z drama encapsulating an aggressive work environment which HBO’s Industry in an intoxicating way rolls out on the screen. But this sense to run faster in the rat race has always existed, both real and reel life. Some people are comparing HBO’s Industry with Mad Men or Billions. I can’t entirely agree its too early in the day. Anyways Mad Men is supreme, lets not even go there.

When I think of a London Financial High Street drama, all I think of is Russel Crowe’s ‘A Good Year’ and all I want is to question what is life for and why to work if you cant live. Talking about life HBO’s Industry Episode 1 aired on 10th November ending with a black girl Harper Stern (played by Myha’la Herrold), getting that one push to be brilliant after an Indian Boy burns out and dies after trying to work round the clock popping pills. The crash happens over the stress he experiences with a Helvetica 12 error in a document for a client.

Stupid right? Now Look right, Look left, Look Up- Wanker! Why Hari Dhar an Indian had to die makes me all angry, given the nationalism runs high in our country but Kamala Harris winning is somehow bad for the always Right Indian Right. 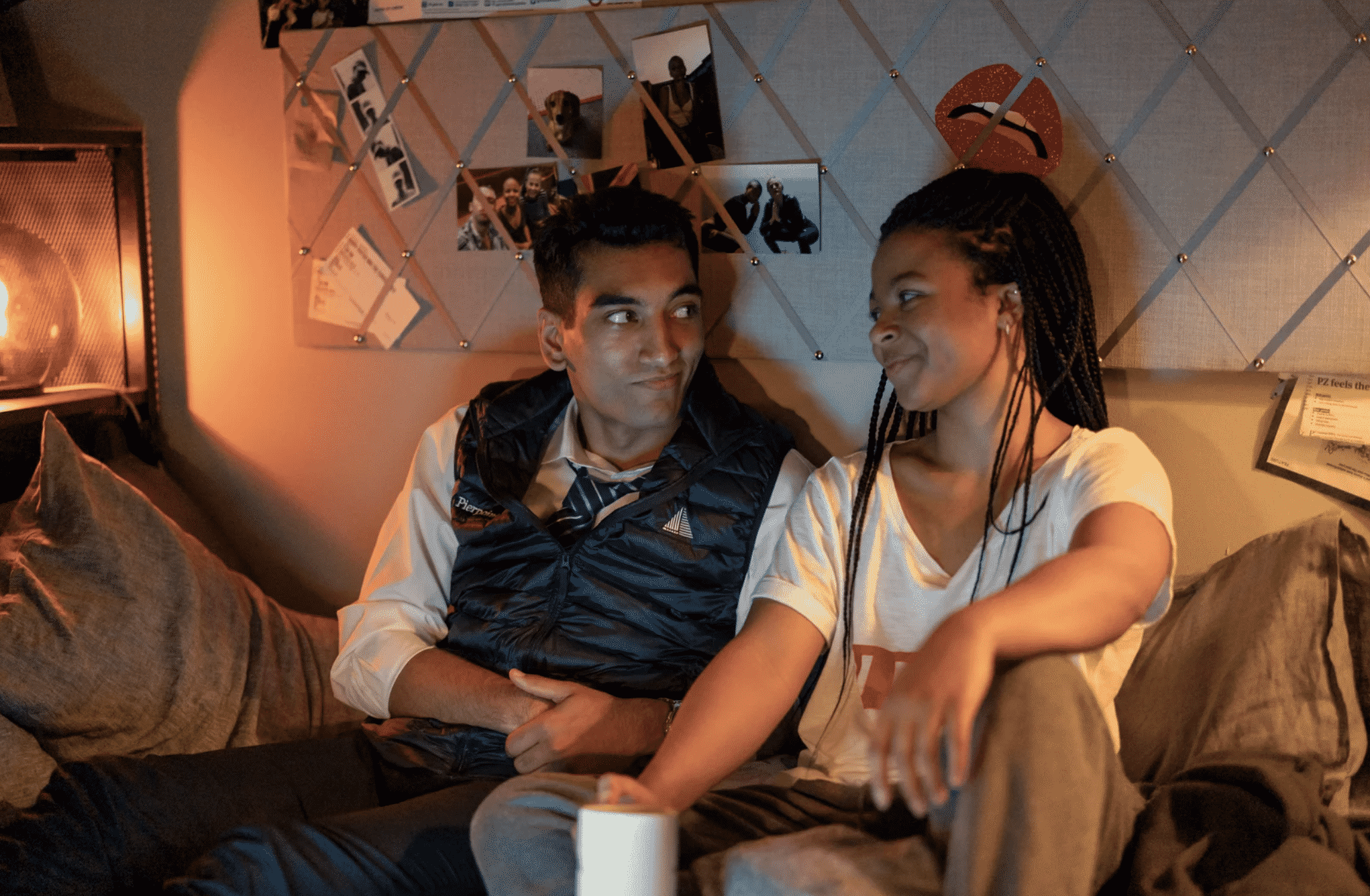 HBO’s Industry seems to revolve around these recruits who are very different from each other, one already dead – RIP Hari Dhar played by Nabhaan Rizwan. Harper Stern (played by Myha’la Herrold) already changing by the end of episode 1 with Hari’s death. This, after she dodging a client’s sexual advance and constant gossip and verbal harassment by colleagues. Robert ( played by Harry Lawtey) a guy reckless yet craving for attention, who wants to have fun but has to play smart at work too. He is set up to be the pretty boy, who lands a hook up at a bar only to be called a child and dumped when he insists for a dinner date. Yasmin Kara-Hanai (played by Marisa Abela) is trying to keep everyone happy by doing all coffee, food chores. The stupid poor intern, maybe she will snap out. She likes Robert. Guss Sackey (played by David Jonnson) – calm, cool guy, striking work and play balance. But he is deeply affected by Hari’s death like me.

Characters are still being developed, and there are a few people to watch out for, but it appears Harper will be the central character. So should you watch, yes, its a decent watch and quite frankly many characters are relatable, seriously? It isn’t a Wolf of Wall Street kind of floor action. But the overall vibe with the background score is something else. Pacy, yes, but an undertone of hope and success in the end.

This season of HBO’s Industry will pack in 8 episodes to be aired on Hotstart Disney+ Premium in India.

But I still won’t forgive them for killing Hari in a hurry in the first episode that too in a loo, a sacred place where he used to pop pills with Red Bulls. Stupid Hari.

All this over an oversight, selecting Times New Roman 12 font on one page over Helvetica 12.