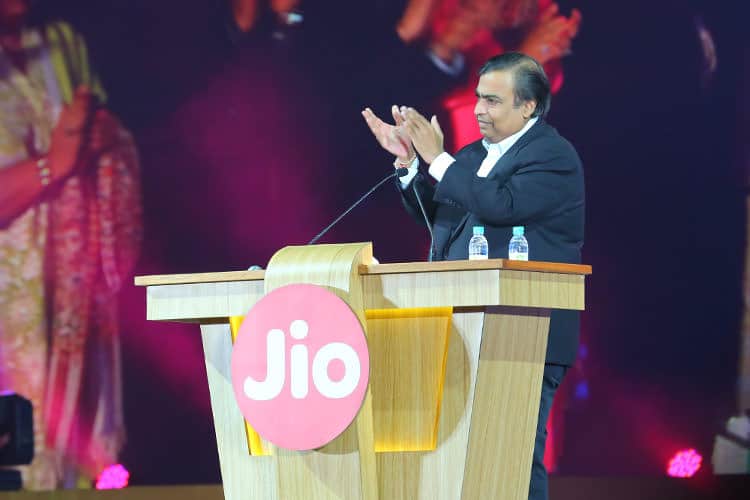 Talk about stealing the thunder, and Reliance Industries chairman Mukesh Ambani surely knows how to do it. Along with the company’s formal launch of Reliance Jio that has already created a stir across the nation giving a sudden emergency alert to its rivals, he also broke the news that the company would invest Rs 5000 crore in Indian startups over the next five years.

On Thursday, while addressing RIL’s annual general meeting and formally launching Jio, Ambani said, “We also have plans to partner with thousands of Indian entrepreneurs, whose digital ventures can bloom in the ground that Jio is preparing.”

Ambani stated that the investment would be directed through Jio Digital India Startup fund, which will be mostly mostly directed at digital and internet startups to create unique solutions for India.

According to many sources, the country’s largest business conglomerate has already started initial talks with the country’s ecommerce giant Flipkart and ride hailing app Ola, for any potential integration with Reliance’s mobile service Jio.

Revealing plans, Ambani said the company would seek to have 100 million customers in the shortest possible time as it builds out its 4G network across the country.

“Jio is also partnering with some of the leading digital and Internet players in the world. Together with Jio, these partners are keen to showcase the full power and range of their offerings to Indian customers,” he added.

Reliance has tied up with around 20 smartphone brands including Samsung, Micromax and LG to bundle Jio SIM cards with select handsets, offering free voice and data for three months. The cheapest 4G LTE enabled phone of Reliance’s own brand Lyf is available at Rs 2,999.