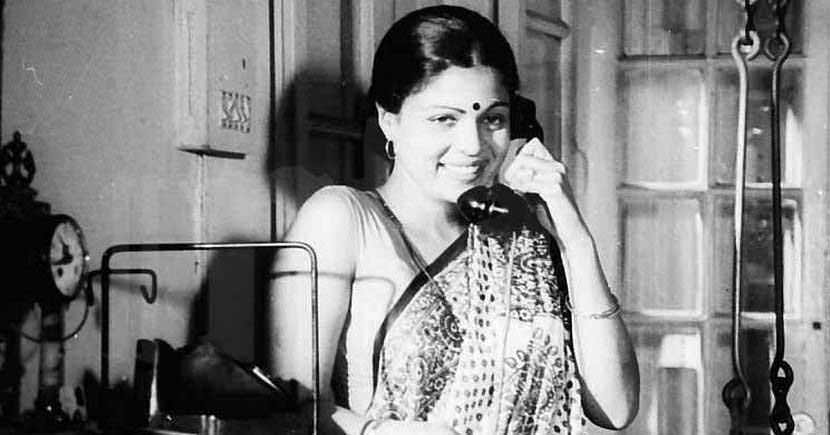 An actor who has played mother to many of the most popular Bollywood stars of today in some of the most successful films in the past three decades, Reema Lagoo, died of cardiac arrest in Mumbai in the early hours of May 18, 2017. Aged 59, Lagoo was free of any health issues and was leading a perfectly normal life which makes it difficult for her family and fans to accept that she is no more. She was, in fact, shooting for the hit TV show Naamkaran when she complained of chest pain. She was immediately taken to Mumbai’s Kokilaben Hospital around 1 am. She passed away due to a heart attack at 3 am.

He unexpected demise has not only shocked her fans but also the Hindi film industry, many of whom took to Twitter to express themselves.

T 2428 – Just heard the shocking and unbelievable news about Reema Lagoo’s passing .. such a fine talent and gone so young ! Very SAD !!

Saddened. RIP #ReemaLagoo. She radiated talent, beauty and such warmth. She will be missed. Condolences to her family.

RIP #ReemaLagoo such a loss to art and cinema. You are and will always be our favourite screen mom. My condolences to the family. 🙏🏼

This is truly sad news…she was warm, gracious and an exceptional actor…I had the privilege of directing her….#RIPReemaLagoo

Grew up watching d warmth & love #ReemaLagoo ji brought out on screen. Saddened by her sudden demise.Heartfelt condolences to her family…

Saddened to hear about the demise of #ReemaLagoo, had the opportunity to work with her…a fine actress and person.Prayers to the family 🙏🏻

Sad to hear about #ReemaLagoo. Remember working with her as an associate director in #Rangeela.A talented actress & a warm person. RIP🙏