The First Official Trailer of Udta Punjab is Out!

And it is hard hitting, quirky and awesome.

Starring Shahid Kapoor, Alia Bhatt, Kareena Kapoor and Diljit Dosanjh the film is a hard look at the burgeoning drug problem affecting Punjab’s youth today. While the trailer does not reveal much yet Shahid Kapoor clearly plays a rockstar called Tommy Singh with a hard drug. Returning to Udta Punjab, Punjabi singer Diljit Dosanjh plays a cop and Kareena Kapoor plays a physician.

The film charts four lives caught in the drug user nexus that is very much the reality that plagues Punjab. It is, however, Alia Bhatt’s character that has us both fascinated and impressed. Sporting a run down look and mouthing some gritty lines, the trailer leaves us curious about Alia’s role.

Alia Bhatt’s last appearance was in Kapoor and Sons alongside Siddharth Malhotra and Fawad Khan. Kapoor and Sons has done well in theatres and if the trailer of Udta Punjab is anything to go by, then the girl will continue to surprise us with every film.

The film has been directed by Abhishek Chaubey. He has previously directed Ishqiya and Dher Ishqiya and is closely associated with Vikas Bharadwaj. Going by Chaubey’s previous directorial ventures, Udta Punjab should not only do well at the box office but hit home with the critics as well. Fingers crossed.

Udta Punjab will release in theatres on June 17 this year. Guess this summer might be even hotter after all. 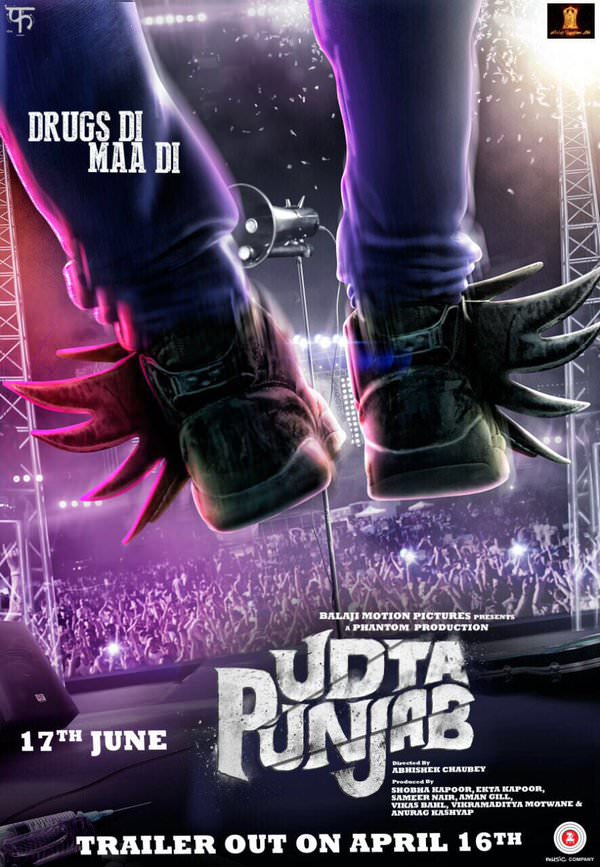