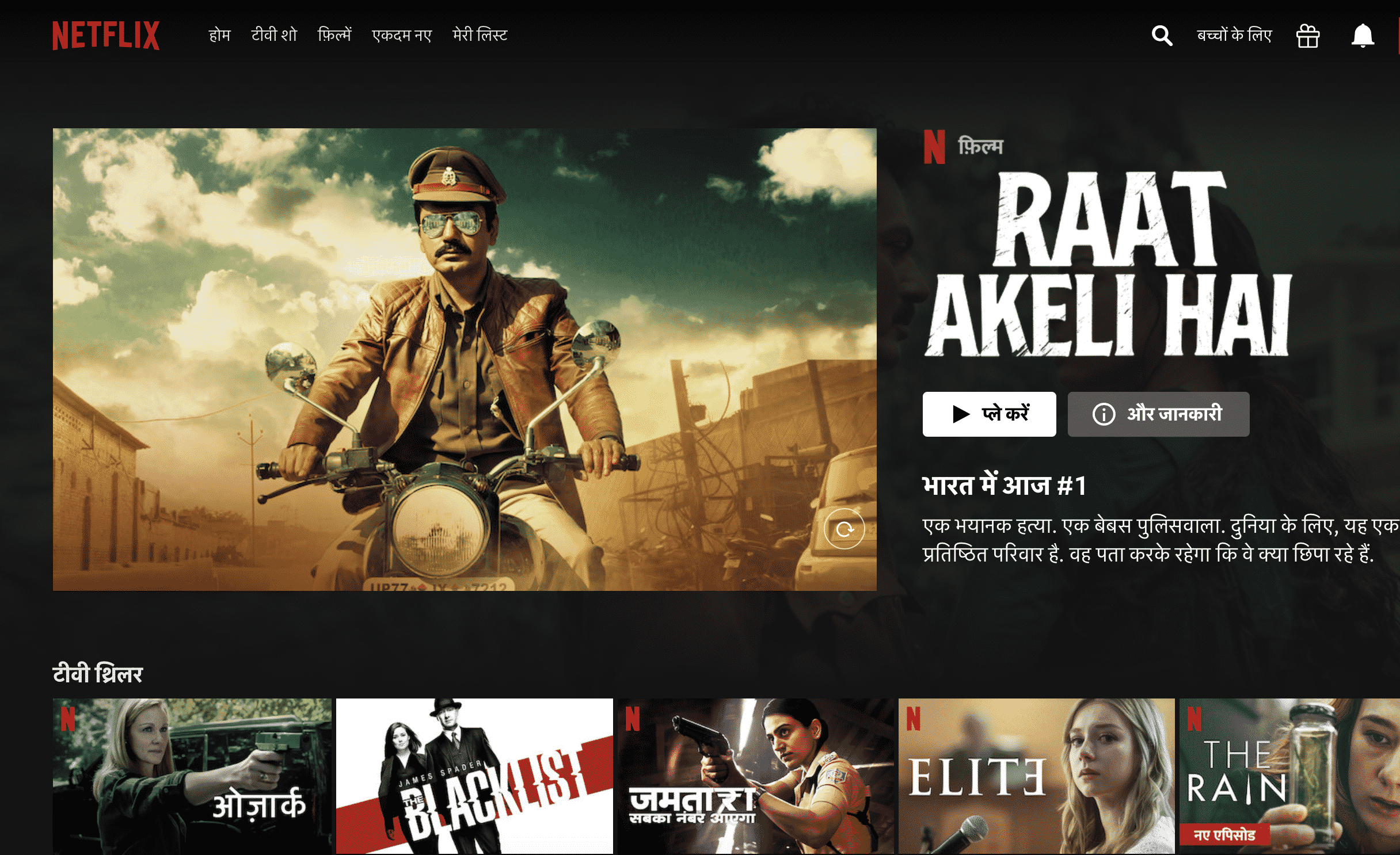 OTT streaming giant, Netflix in an interesting move, has launched its Hindi User Interface(UI) in India. Subscribers who prefer Hindi can now access their favourite Indian, and international films and series can enjoy complete Netflix Hindi UI experience. Netflix is the world’s leading streaming entertainment OTT service in over 190 countries, and Netflix Hindi UI will attract a huge base of subscribers who traditionally were more comfortable with Amazon Prime Video and Disney+ Hotstar.


To switch to the Netflix Hindi UI, users have to go under Manage Profiles –> Language. Language settings are profile-specific, so other users in the family using the same account are not impacted. An official statement said Netflix members could switch to the Hindi user interface from the language option in the Manage Profiles section on their desktop. TV or mobile browsers. “On Netflix, members can set up to five profiles in each account, and each profile can have its own language setting,” the platform said.

It should be noted that Netflix Hindi UI is not restricted to the medium of language in its user interface to subscribers in India. Subscribers across the world now have the option to change their preferred language to operation in Hindi. The online streaming giant is available in more than 20 languages including Polish, Finnish, English, Turkish, Greek, Chinese, Hebrew, Swedish, Bahasa and Korean etc.

Monika Shergill, VP Content Netflix India, said delivering a great Netflix experience is as important to the platform as creating great content. “We believe the new user interface will make Netflix even more accessible and better suit members who prefer Hindi,” she said.

Furthermore, with the increasing number of subscribers, Netflix is investing in Indian films and series across all genres and for all generations, including its acclaimed series like Sacred Games, Bulbul, Choked; Paisa Bolta Hai and Mighty Little Bheem and films like Raat Akeli Hai. Netflix had recently announced a lineup of 17 exciting stories, including Ludo, A Suitable Boy and Mismatched and the upcoming film Gunjan Saxena: The Kargil Girl set to release on August 12.