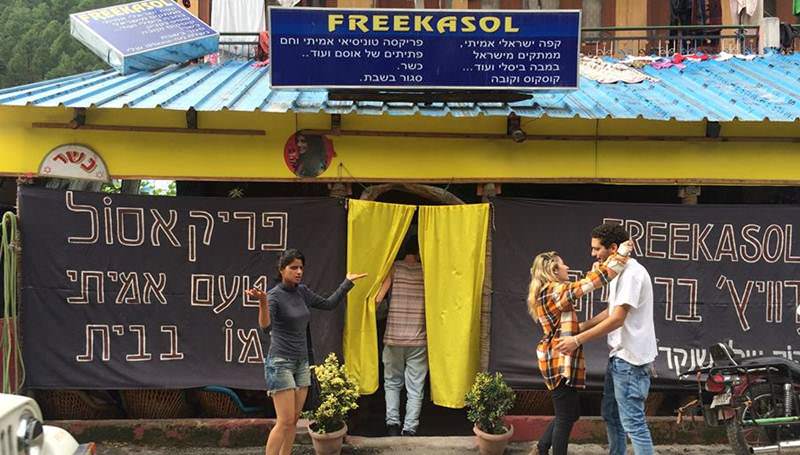 On Saturday, we celebrated our 69th year of independence yet one may wonder if we have actually have earned it even after so many years. Portraying a grim reminder of Indians being outcasting in their own country, an incident in Kasol, Himachal Pradesh has left the online community fuming.

Facebook user Stefan Kaye posted the following about his experience at a restaurant called FreeKasol :
“This restaurant in Kasol is called ‘Free Kasol’. The freak ****** who runs it refuses to serve Indians. I walked in there with Ritika yesterday afternoon. They would not give her a menu claiming it was a ‘members only’ cafe. The owner did not realise we were together, I then asked for the menu and he duly obliged. I pulled him up about his claim that it was members only and he decided to stick to this yarn. Conversation went like this. “Why did you give me the menu then?” I asked him. “Because you asked to see it”. “So once I had looked at it I would not have been able to place an order?” “That’s right” he answered. Obviously we were not convinced by the owner’s explanation so asked a few puzzled looking diners if they had to show a membership card to walk into this cafe. Of course none of them had to do any such thing. I confronted the owner and accused him of blatant discrimination, he then tried to shoo me out and claimed loudly “it is my cafe and can do what I want!” We weren’t prepared to leave under these circumstances and made it clear to the exclusively white and predominantly Israeli clientele that the owner was operating a form of apartheid in his cafe. They continued supping tea and eating schnitzels.
It transpired that the owner is in fact Indian and has visited Israel every year for the past 15 years. His explanation for excluding a customer based purely on her ethnicity was that he ‘was in a bad mood’.

The photograph and the post went viral as various media portals covered and brought out the topic of an apartheid-like behaviour found in Kasol. The region is known for its hippie culture which is actively followed by the Israeli population that thrives there. Moreover, Kasol and nearby areas are known for their cannabis-infested lands and supply of chemical intoxicants – often making the place a hub of individuals who indulge in such intoxicating activities. Apart from that, it also serves as a base camp for treks in the Pin-Parvati circuit.

Kasol has been known to become a hotspot for Israelis who settle here for months, even years after migrating from their country.

This kind of discrimination was not received lightly by the online community and various Twitter and Facebook users vented out their frustration.

So, there is an Israeli cafe in Kasol called #FreeKasol that refuses to serve Indians. #Disgusting #Shame

This restaurant in Kasol is called ‘Free Kasol’. The freak asshole who runs it refuses to serve Indians. pic.twitter.com/tr3OOVNKON — Devendra Singh (@DsinghDevendra) August 17, 2015