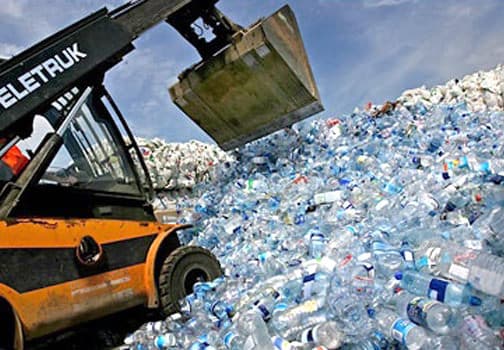 How often have you been to a party and have used a new mineral water bottle to quench tow sips of your thirst and then thrown it away making the water further useless for anyone and adding further waste to the dumping ground?

Well, it seems that the government has finally realised the problem. In a giant stride towards making India plastic free and aiming to reduce the huge amount of waste the country has to deal with every day, certain state governments have started banning plastic packaged water bottles and junk foods in all its departments with immediate effect.

In Bihar government, the decision was taken by the state’s environment and forest department as part of its green initiatives. A notification was issued by chief secretary Anjani Kumar Singh to ensure that no plastic bottles are used in meetings, events, and seminars organised by them.

Not only that, to ensure effective implementation of the ban, the government has stated it will not clear any bills related to the purchase of packaged water bottles. The officials have been directed to adopt the practice of serving purified water using steel tumblers and glasses.


The environment department had banned the use of packaged non-biodegradable plastic water bottles in all its offices last year.

The majority of government departments have already installed water filters and purifiers. While Bihar has banned the use of plastic water bottles, states like Himachal Pradesh have banned plastic packaging for junk food. Himachal Pradesh had also banned polythene bags below 40 microns in 2011.

Senior campaigner of Greenpeace in Bihar, Ishteyaque Ahmad ha told Down to Earth that a lot more needs to be done to control non-biodegradable plastic waste in the state.

“Non-biodegradable waste is not only choking the state’s sewage but is also impacting the environment. We expect the state to soon place a ban on non-recyclable plastic,” he added.

The Sikkim government has further banned the use of foam food containers along with mineral water bottles all over the state. In two recent notifications issued by the home department, the government said there has been rampant use of packaged drinking water during departmental meetings and functions which are creating a huge pile of garbage that adds to the burden of the landfill.

As an alternative, it has been suggested that departments can use filtered water or water from large reusable water dispensers or reusable water bottles in government functions.


The Chief Secretary has said that the government is taking up various measures to manage the waste and maintain a clean environment but it has been found that a lot of disposable foam containers are being rampantly used not only in the bazar areas but also in the rural pockets.

A huge quantity of municipal waste is created in the form of disposable products, which are environmentally hazardous and occupy a huge space in the landfill. The order banned the use and sale of disposable items such as cups, plates, spoons, containers, etc made from foam throughout the state with immediate effect. Made from polystyrene foam, such food containers are generally white in colour.

Ruling Sikkim Democratic Front leader and MP Prem Das Rai, told PTI, “We were the first to ban the use of plastic bags. This is in tune with the same ideology that we have been following on protecting the environment. In the mountains, tourists end up dumping the plastic waste which is hazardous so we took this step.”

Being developed as a green state, Sikkim had become India’s first fully organic state in 2016 which means that all agricultural and horticultural produce are free of chemicals.