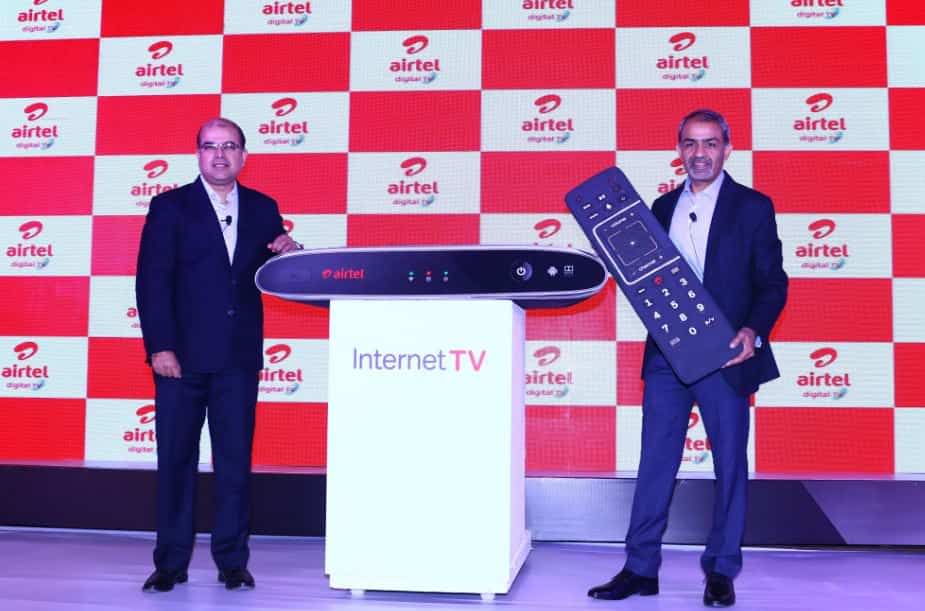 Internet TV from Airtel Digital TV, the DTH arm of Bharti Airtel was launched today which will be powered by Android TV and is India’s first STB hybrid. Airtel Internet TV basically means you can now transform any TV to a Smart TV and users can switch from linear Television content to online stuff through a single device.

Sunil Taldar, CEO & Director – DTH, Bharti Airtel said, “This latest innovation has been designed keeping in mind the needs of Indian homes and it bridges the gap between online and offline worlds to enable an end to end entertainment experience with the convenience of a single device.”


Along with an in-built Wi-Fi receiver, Airtel Internet TV comes with a Bluetooth based remote control that is integrated with Google voice search feature, hence users can discover their favourite content by simply telling the remote and choose from a variety of content sources.

The STB is 4K content ready and enables LIVE TV shows to be paused, recorded or even rewind. It also supports content via USB (external HD) and Bluetooth. Customers can also cast, mirror content from mobile devices, tablets and laptops on to the TV screen with Airtel ‘Internet TV’.  It requires a broadband or a 4G hotspot connection with a minimum recommended speed of 4 Mbps and Existing Airtel Digital TV customers can also upgrade their existing STBs to ‘Internet TV’ STB.