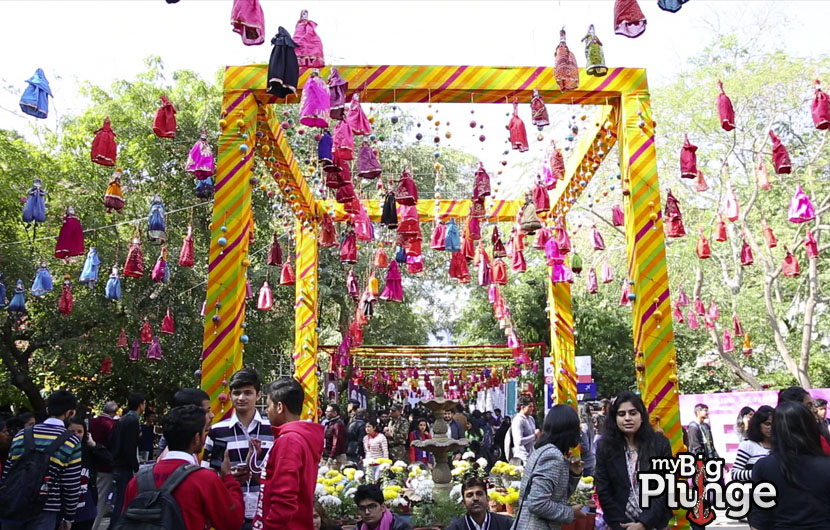 The theme includes Freedom to Dream: India @ 70, The Magna Carta, Translation and World Literature, Women and Marginalised Voices, Sanskrit, and Colonialism and the Legacy of the Raj

The Jaipur Literature Festival is celebrating its 10th year anniversary this time around and is expected to be bigger and better. The festival has gone from a gem of an idea to the world’s largest free literary festival, hosting upto 1300 speakers over the past decade.

To celebrate this, the festival has announced 10 speakers’ names every week, for 10 weeks leading up to the festival – which is returning to its home at the Diggi Palace in Jaipur – between January 19-23. Here is the ninth list of speakers expected at the festival:

Author of novels such as The Rozabal Line, Chanakya’s Chant and The Krishna Key, Ashwin Sanghi is one of India’s bestselling thriller/conspiracy fiction writers who retells Indian mythology and history in a contemporary context. His latest novel, The Sialkot Saga, was released in April of 2016.

Deborah Smith’s translations from the Korean include The Vegetarian (winner of the International Man Booker Prize) and Human Acts by Han Kang as well as A Greater Music and Recitation by Bae Suah. She runs Tilted Axis Press, a publisher of contemporary Asian fiction in translation and is the winner of the Arts Foundation Award for Literary Translation.

Winner of the Tagore Award for Excellence in Literature and the Sahitya Akademi Award for Neither Shadow Nor Reflection, Naseem Shafaie was born and brought up in Kashmir and began writing Kashmiri poetry in 1988. She is the first Kashmiri female writer to receive both awards and her other works include Open Window.

Sunil Khilnani is the author of The Idea of India and, most recently, Incarnations: A History of India in Fifty Lives, which was accompanied by his 50-part BBC radio and podcast series. Among his other publications are: Arguing Revolution: The Intellectual Left in Post war France, several collaborative volumes as well as essays on Gandhi, Tagore, Nehru and contemporary Indian art and photography. He is currently Avantha Professor and Director of the India Institute at King’s College London. He has been a Fellow of Christ’s College, Cambridge, the Woodrow Wilson Centre, Washington DC, the Institute for Advanced Study in Berlin and the American Academy in Berlin. He is a regular contributor of essays, articles and comment to the international media.

Born in London to an Indian mother and Trinidadian father, Arathi Prasad was educated in the West Indies and the UK. After a PhD in genetics she worked in research, science policy and communication, presenting documentaries for the BB, Channel 4, National Geographic and the Discovery Channel. She currently works at University College London and is the author of Like A Virgin: How Science is Redesigning the Rules of Sex and In the Bonesetter’s Waiting Room: Travels Through Indian Medicine.

Television and radio presenter, Anita Anand has fronted several flagship political programmes in th UK and is working for the BBC. She has been a columnist for a national newspaper and in 2015 released her first book, Sophia: Princess, Suffragette, Revolutionary. Her latest work is co-written with William Dalrymple, called Kohinoor.

Author and journalist, Brigid Keenan has worked as an editor with Nova Magazine, The Observer and The Sunday Times. She has published two fashion histories as well as Travels in Kashmir, Damascus: Hidden Treasures of the Old City and the bestselling Diplomatic Baggage.

Bruce Robinson trained as an actor at London’s Central School of Speech and Drama. Despite being cast in several prodigious movies, he abandoned acting to pursue a career as a writer. His first ever realised screenplay was The Killing Fields, for which he was nominated for an Oscar. Subsequent to that, he has written and directed many films including Withnail and I, How to Get Ahead in Advertising and The Rum Diary, starring Johnny Depp.

Christopher Sykes is a photographer and author of 27 books, including, as a photographer, Great Houses of England and Wales, The Gardens of Buckingham Palace and The Rolling Stones of Tours, and as author, Eric Clapton, which he co-authored with Eric Clapton and Hockney: The Biography.

We caught up with the festival’s director and producer, William Dalrymple and Sanjoy Roy respectively, to talk to them about the making of the biggest festival of its kind – which has now gone international – check it out: