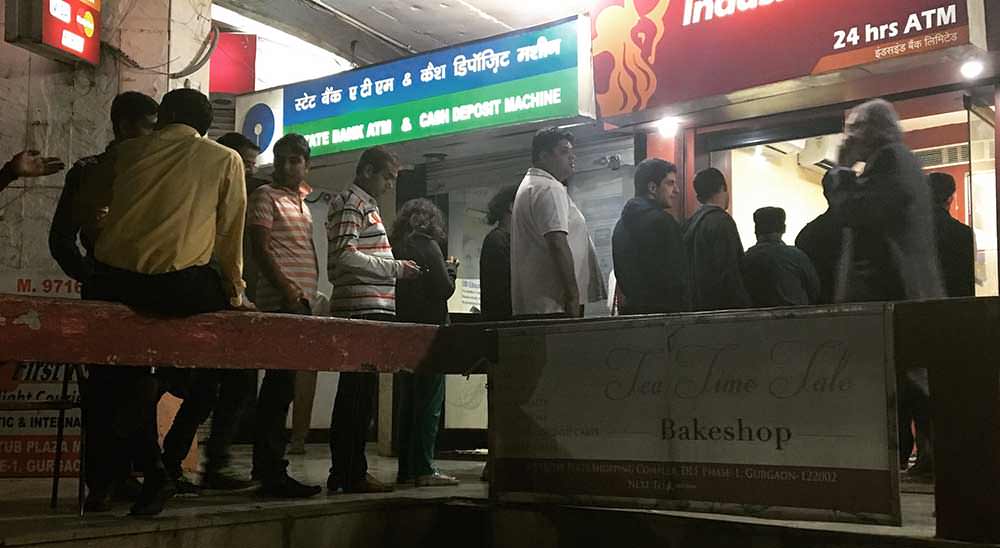 Adding to the woes of millions of citizens who have been queuing up at banks and automated teller machine (ATM) booths everyday, is the news that the notes RBI is issuing is old, mouldy and smelly. while research has shown that ATM keypads represent a specific and unexplored microhabitat for microbial communities, including ones that are closely related to STD causing parasites.

Some banks have been receiving soiled, smelly notes of Rs. 100 as a result of the cash crunch faced in the aftermath of the demonetisation announcement on November 8.

According to reports, IANS received complaints from many customers in Delhi of mouldy notes, of which some smelt ‘very bad’.

“The RBI is sending old 100 rupee notes stored for years but not destroyed, These notes smell. We are spraying them with perfumes and insecticides before disbursing them,” says a bank manager who did not wish to be named.


According to the manager, by value of the currency in circulation, 86% of cash being circulated is recirculated notes. RBI is issuing these Rs. 100 notes, worth millions, to bridge the huge supply-demand gap in cash.

Normally, such notes are returned by customers, which eventually end up with RBI offices where they are shredded and ferried to dumping sites.

While the government and RBI have repeatedly insisted that there are sufficient Rs. 2,000 and Rs. 500 notes for replacement, long queues continue while on the 11th day since the declaration of Rs. 500 and Rs. 1,000 being illegal tender.

In addition to the smelly, mouldy notes, recent research has shown that the keypads of ATMs may be loaded with parasites, spoiled foods that could even cause sexually transmitted disease (STDs).


While the most common identified sources of microbes were from household surfaces such as pillows, kitchens, televisions and restrooms, there were also indications of microbial matter from chicken, bony fish and molluscs.

The researchers also observed the biomarker Xeromyces bisporus, associated with spoiled baked goods. They further found parasites that are typically found in the guts of humans and other mammals and a species which can cause STDs that is closely related to the human parasite Trichomonas vaginalis.

The researchers suggested that residual DNA from a meal could remain on a person’s hands which is then transferred to the keypads of ATMs when used.

The research was carried out by taking swabs from 66 ATMs in June and July 2014, in Manhattan, Queens, and Brooklyn, in the US.


“Our results suggest that ATM keypads integrate microbes from different sources, including the human microbiome, foods, and potentially novel environmental organisms adapted to air or surfaces,” said Jane Carlton, Professor at New York University, US. “DNA obtained from ATM keypads may therefore provide a record of both human behaviour and environmental sources of microbes,” Carlton added.