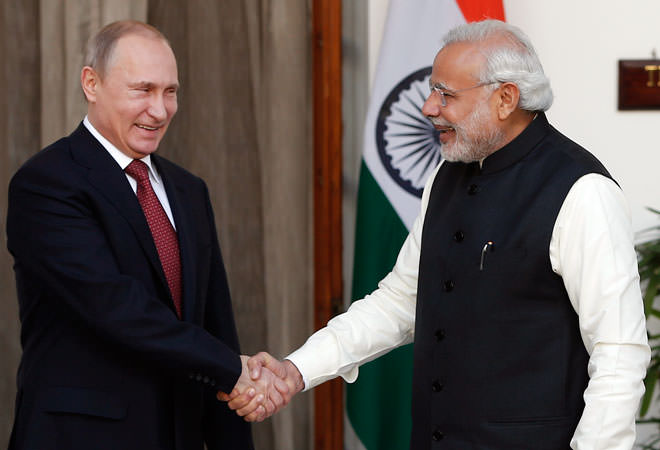 Prime Minister Narendra Modi has left for his first visit to Russia and is expected to sign an agreement worth $1-billion to manufacture over 200 Kamov 226 helicopters in India. Modi also assured Russia that the country will continue to be a principal partner in the defence sector and the deal is an indication of two strategic partners working together  to manufacture advanced defence equipment in India under the ‘Make in India’ initiative. A year ago, Russian President Vladimir Putin had promised to support the Make in India initiative.

Moscow is the biggest supplier of Indian military hardware despite importing from US and Israel. India is the world’s largest importer of military hardware and falls among the first 10 countries in the world in terms of military spending. With the world’s third largest army, fourth largest air force and seventh largest navy, India is one of the biggest spenders on defence. Despite this, only 30 percent of equipment is manufactured by defence public sector units (DPSUs).

“Russia has been India’s foremost defence partner through decades, accounting for a majority of our defence equipment… Even in the current environment, despite India’s improved access to the world market, Russia remains our principal partner,” Modi told Russian news agency Itar-Taas.