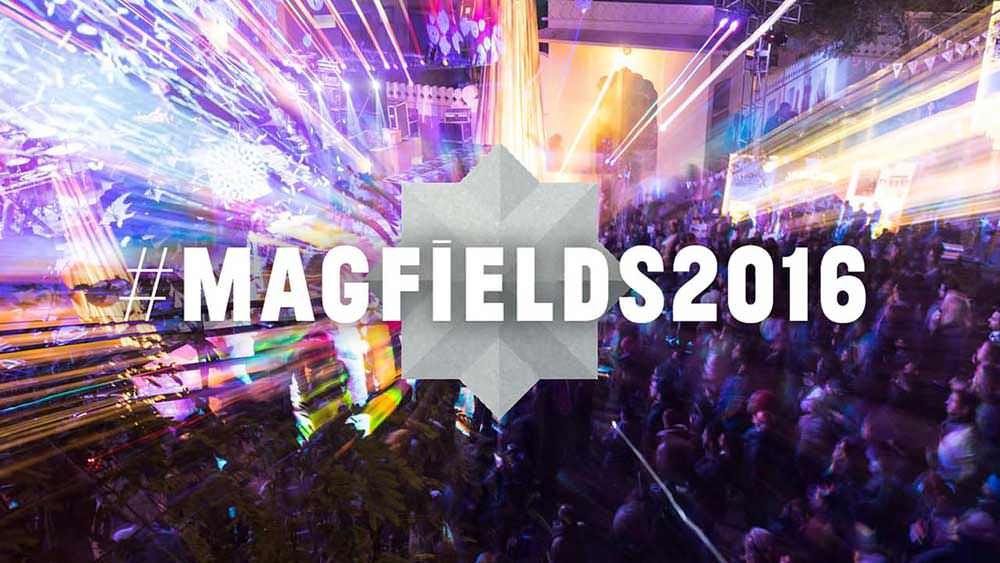 Magnetic Fields Festival is back and the chosen dates for this year is 9-11 December 2016. The venue, as always, is the beautiful Alsisar Mahal.

This year’s festival line-up has been announced and includes artists from all over the world. While more artists are yet to be announced, some of the names confirmed so far include –

A new feature added to the festival this year is Magnetic Words. For the first time in the festival’s history, some of India’s finest journalists, performers, artists and activists will – through talks and videos – share their worlds with you. The palace dungeons will be used as a ‘sanctuary of ideas, laughter and intrigue’. While there are more names expected to be added to the list for Magnetic Word, the names announced so far are:

Radhika Vaz, one of India’s most recognised stand-up comedians who has had sold-out shows across India and overseas as well. She is a contributor to The Times of India, Hindustan Times, GQ, Grazia, Vogue and Architectural Digest among other publications. Her web-series ‘Shugs & Fats’ won the prestigious Gotham Independent Film Awards in New York and was featured at the Tribeca Film Festival and IFP Filmweek.

Raghu Karnad, founder and editor-at-large at thewire.in and has written for the International New York Times, The Guardian, The Financial Times, The Caravan and more. His book was also shortlisted for the UK PEN Prize for Historical Non-Fiction.

Shilo Shiv Suleman, a visual artist whose recent works have been in the field of biofeedback technology and the interaction between body and art. In 2012, her talk on TED.com got over a million views and she has received several grants and residencies, including an honorarium grant from Burning Man – for her Pulse and Bloom project.

The curator and host for Magnetic Words is Rebecca Hobson, a British-French freelance writer living in Delhi. She has previously written for multiple publications, including the BBC, Vice Media and The Times and is currently co-writing her first book, which explores the UK music festival industry over the last 50 years. Through Magnetic Words, Rebecca hopes to create a space where passions, ideas and stories meet to create ‘new experiences steeped in a love of words, rhyme and storytelling’.

The festival will have three stages where over 40 bands and DJs perform. Tickets and packages are on sale and the ‘Royal Palace Suite Package’ is already sold out. Don’t worry, there are options still available for the Bedouin Tents and more, however, since there is limited booking, we suggest you head over and book yours now!