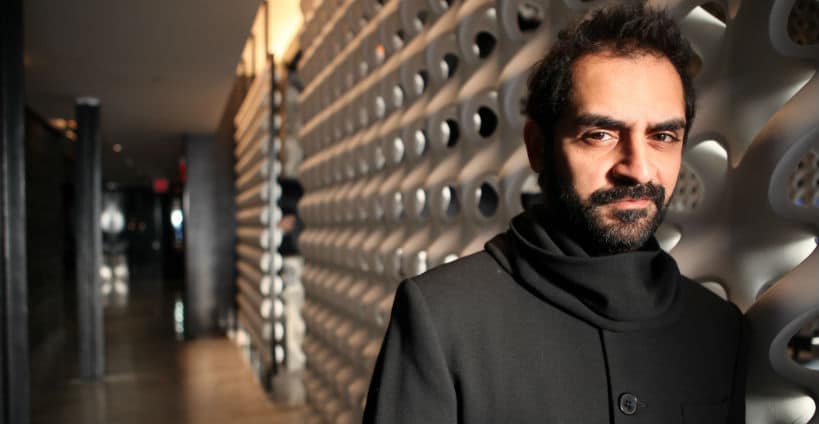 Is the Freudian Theory extending itself to Indian DJs who are made to feel like “second class citizens” in their own country when juxtaposed against international acts performing in India?

A few days back DJ-producer Karsh Kale, known for his contributions to the Asian Underground genre and electronic fusion music, posted a status on Facebook expressing his angst towards the ill-treatment of Indian DJs in comparison to incoming foreign acts that are touring India by the dozen. The post read, “I have to call bullshit on the EDM festivals happening in India at the moment…They have made it a practice to treat Indian DJs and producers like 2nd class citizens while treating foreign DJs like gods…when they should be putting the artists that made the scene in India what it is on (a) pedestal rather than making them all warm up acts for DJ Magazines Sept issue ‘s #1 DJ.”

This post saw a flurry of empathetic comments from fans and friends alike. Amidst the chaos of opinions on the post, Kale’s candour on representation remained, “I’m not discluding (excluding) artists from abroad but they should be guests in the local artists’ scene and not vice versa.”

If you’re thinking why this arbitrary post sparked off a furore then it is the fact that this is not a one-off incident. A few months ago DJ Reji (Reji Ravindran) wrote an open letter titled “Bye Bye Blue Frog. You have lost a friend” to blueFROG Mumbai on his blog (read here) stating he would not want to perform at the venue anymore. Lack of ethics and irregularity in payment meted out by the venue topped his list of complaints. But what pushed him to pen the post was when the venue misspelt his name on his bill and the gig’s creative. The last line of the post read, “Get the names on your billing right. Maybe you don’t pay them (artistes) well. Maybe you don’t get them regular bookings. But when you do, it’s the least that you can do!” When asked about this letter, Reji declined to comment. That’s only fair given that he presumably didn’t want to come off as antagonistic. Agreed, the open letter was directed at a venue but the story was meant to address promoters and club owners in general.

Audio-visual collective BLOT! have faced similar disesteeming times in their 6-year long career. In a recent column in the Sunday Guardian, they expressed views on the misplaced sense of representation handed out to DJs in our country, which included them getting hauled off stage by the police mid-performance, getting offered “tips” to play commercial requests, and manic crowds yelling impatiently for the “next song”, among other such discouraging instances. In the column, BLOT! wrote, “The image of the DJ is as iconic as it is imaginative — constructed much in a similar vein to deities, shamans, visionaries, angels and beasts — and carefully positioned on tenterhooks between ecstasy, enlightenment and hedonism. Where does the experience of the DJ lie within this framework?”. And, because a pretty face has to be held for the camera they rounded-up the column saying, “There are moments that bring real meaning to people’s lives, where the responsibility of an artist to deliver meaningful content is fulfilled beyond scope. There are moments that are productive to society and fulfill an artist’s responsibility towards facilitating an imaginative environment for people. Most of all, there are moments where play is expressed in a purely sensorial manner in a world that is too hung up on structure.”

Venerating foreigners has become more of de rigueur than an awkward choice that needs to be made. Case in point: Acid house pioneer in India Charanjit Singh, who most recently made his comeback with a performance at the Magnetic Fields Festival (Alsisar Mahal), apart from doing shows at festivals in Scandinavia, Sweden, Denmark, and Germany. His manager Rana Ghose told us, “From my perspective, I did not want to have Charanjit play (in India) until he had played a number of shows abroad and had got international press and attention. (Essentially), this is a negative reflection (on us) but for better or worse I find that lots of Indian audiences are somewhat less receptive to acts unless they’ve been abroad.”  No one’s saying this is malicious, but it’s a trend one cannot discount.

That said, there is no denying the high TQ (Talent Quotient) and EQ (Entertainment Quotient) of the international acts serenading its fans in our country – be it Aoki, Axwell, Avicii or Benny Benassi. Besides using Indian DJs as opening acts, the worthy ones must be paid respect like their foreign contemporaries. It’s essentially an issue of respect over prospects. Let’s be honest, there’s an EDM war happening right now. So, why must desi producers be the only ones to take the bullet? Mind you, we’re talking of Indian DJs who’ve been in the scene for over a decade, if not for more. But the question is, given the hysteria stoked by the boom of EDM festivals in India, why are local DJs-producers being made to feel this way? Or are these festivals only using international names to make big bucks? Which brings us to – are the EDM-consuming masses riddled with an inherent international DJ envy?

Cancel reply
Music in Shillong: At the Brink of Change?
Bangalore Open Air 2014 And The Crowdfunding Route