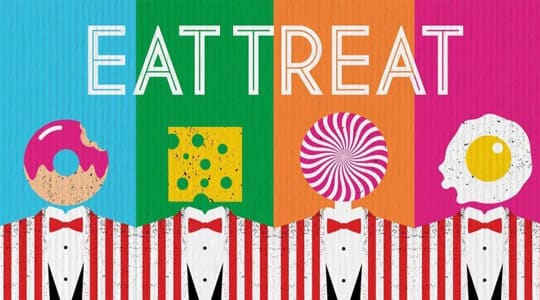 India’s food industry has come a long way since the past decade. Gone are the days when Indian restaurants served nothing more than cream-soaked local food and ‘Indianized’ Chinese cuisine which was just a semblance to what actual authentic Chinese food is. Today, you can find cuisines from around the world all over the country which are made by ingredients that are used in the very origins of those dishes.

Based in New Delhi, food start-up EatTreat has created a lively community of foodies who share recipes and their experiences and thoughts on different cuisines. It started as a Facebook group three years ago that posted recipes, restaurant reviews and articles on cookbooks.

“We were careful with our membership, about the kind of people who joined the group and hence, the content was very curated,” says Arjun Sawhney, founder of EatTreat.

The number of members soon crossed 50,000 and the content quality reached the ears of restaurants who soon approached the group to look for reviews and recommendations. It was not long before different companies approached EatTreat to request access to their users for food sampling. They even asked for EatTreat’s advice on launching new products based on the outlook, trends and condition of the market. According to Sawhney, the group soon became a small but sizeable culinary ecosystem on its own.

“There were no websites that we could point out that took a holistic approach on food. Over 300 websites across India sell quality ingredients online and being in a country like ours, where every state has its own exceptional dishes and its signature, we need a platform to discuss and promote this,” adds Sawhney.

Sawhney further added that EatTreat is the first of its kind in India and faces no competition currently. The growth experienced by the company led to Sawhney considering the launch of a website that would act as a social medium for foodies. EatTreat went ahead to receive external funding worth $350,000 in June 2015 from a group of investors.

By the end of the year, EatTreat plans to make its website fully functional and launch a mobile app as well. With a rising foodie community in India, start-ups like EatTreat could surely popularize international cuisines in the country and indirectly, promote the eatery economy in India.