Classifieds have come a long way since their humble journey from print media to a much broader online stronghold today. The rise in internet classifieds in the past decade have been a boon for India as they help SMEs who don’t have the capital, reach, substantial infrastructure and credentials to be among established ecommerce giants. For these businesses, the best way to grow is by expanding their reach and network via classifieds. 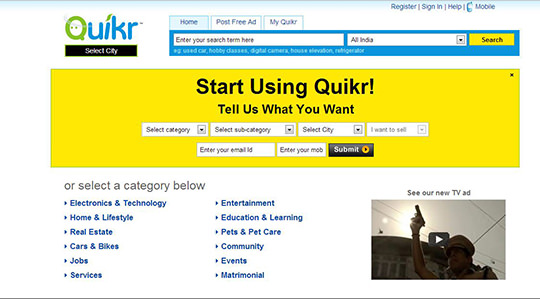 In light of this development, Snapdeal recently announced the launch of Shopo, an online marketplace that will provide zero-commission listings. CEO Kunal Bahl also announced that the company plans to invest $100 million in Shopo which will take place in the next two years and focus on technology and brand building.

According to Bahl, Shopo’s model is inspired by Taobao, a similar marketplace by Alibaba which itself is an investor in Snapdeal.

This is not the first time online classifieds marketplace has been launched in India. Shopo’s market goals are similar to that of Quikr – India’s largest classifieds site. The latter operates in more than 1000 cities in India and has so far raised a total of $350 million in seven funding rounds with investors like Tiger Global, Warburg Pincus and more. PayTM have also developed classifieds portals.

A major issue that plagues classifieds is their largely unregulated flow. However, many web companies have set up security procedures to ensure safety. Unregistered classifieds often lack credentials compared to larger ecommerce stories. Companies like Shopo, Quikr and Taobao have chat facilities to let users communicate amongst each others to establish a seller-buyer relationship.

India can take a leaf out of China’s book when it comes to online payments patterns followed in the past decade. Many Chinese citizens use online payment wallets – Taobao follows the same trend.
Similar to America’s Craigslist, Shopo will need users to find a way to exchange money and goods. While Bahl stated that the company plans to ease out this procedure, India still lacks in terms of ewallet usage.