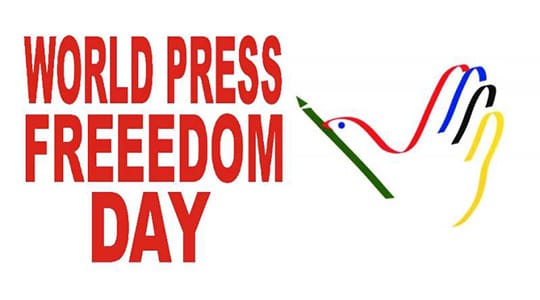 Media is a constantly shape-shifting and growing organism that has become an integral part of our lives as well as the industries that drive the various economies of the world. However, beneath all the layers lie the very seedlings that form the unending pastures of press freedom – the journalists. The UN observed The World Press Freedom Day on May 3rd and India was ranked 136 among 180 countries worldwide in terms of press freedom in 2015.

To give an insight about press freedom, Hindustan Times presented two reports that delivered data on the subject of World Press Freedom and the number of journalist killings around the world.

Reporters Without Borders (RWB), a non-profit organisation that tracks attacks on press freedom, has ranked every country according to its press freedom index.

The Scandinavian countries – Finland, Norway and Denmark – topped the list. China, Sri Lanka and Saudi Arabia were placed at the end of the list with many Asian and African countries where press freedom is dwindling.

India’s ranking on the World Press Freedom Index has not improved over the years. It has always scored a three-digit ranking its inception.

According to RWB, the following attacks on media last year were identified as the major issues for India’s low score.

The Committee to Protect Journalists (CPJ), an independent non-profit organisation that promotes press freedom worldwide, has ranked every country according to the number of journalists killed in the line of duty till May 2015. CPJ has been publishing the list since 1992.

Twenty-one journalists were killed this year. France tops the list because of the killing of eight journalists from Charlie Hebodo in a terror attack.

Since 1992, 1,123 journalists have been killed in the line of duty. While Iraq tops the list with 166 journalist killings, India is at 9th position with 34 deaths.

It is hard to digest how these dedicated unsung heroes gave away their lives for the sake of providing information to the rest of the world. While media is constantly criticised by the public for a multitude of reasons, these reports signify the dark side of the industry.