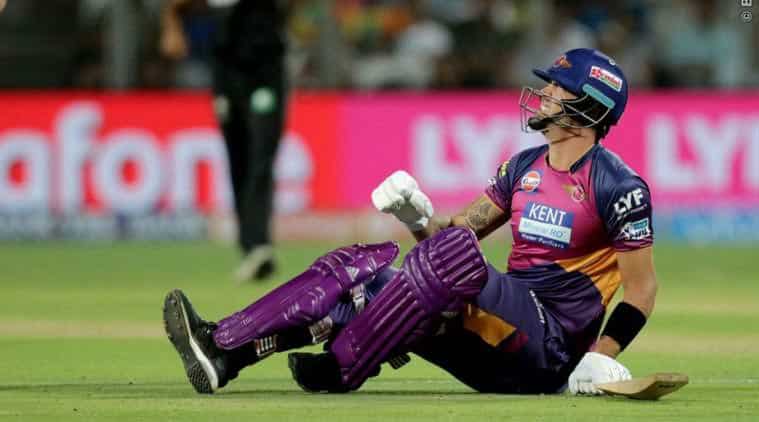 [dropcap]S[/dropcap]ince its inception, Indian Premier League has been a continuation source of entertainment throughout the years. While once it was Gayle storm that blew away the audience, another season mesmerized the viewers by Narine’s magical bowling. This season has proved to be quite a banal one till now, barring a few matches, and the main reason is the sudden upsurge in injuries.

Not only during the tournament but even before it started, many star performers, who have taken the tournament by storm in the previous seasons, have been sidelined with injuries. The numbers of players sitting out are so many that it would well make another IPL team.

The injuries have forced many teams to reshuffle their midway and lingering in the lower table. The newly formed franchise of Mahendra Singh Dhoni’s Rising Pune Supergiants are the worst-hit at the moment. After losing four of their key international stars, the Supergiants are languishing at sixth position managing only two wins from eight matches. And why won’t they be, if the likes of Steve Smith, Faf du Plessis, Kevin Pietersen and Mitchell Marsh are out.

The breathless tourneys are one of the main reasons. It has affected the player fatigue significantly. The Australians had one of the busiest T20 seasons in the last sixth months. It began with the Big Bash League followed by T20 series against India and South Africa and the T20 World Cup. Notably, the Aussies had played only one T20 match in 2015 which is nine less than what they have played so far in this year.


Here’s is the list of some of the big entertainers that we’re missing from IPL this season.

Starc has been out of action since November last year, was ruled out from both the ICC World T20 and IPL. Its funny that his only appearance at a cricket stadium in the last six months has been during the game between India women and Australia. The Australian pacer was there at the MCG cheering for his wife Alyssa in January. Starc suffered a stress fracture in his left foot and underwent an ankle surgery.

He was one of the biggest attractions this year after he was paired with Dhoni at the auction. He was was also making headlines after he hinted a possible move to South Africa. Pietersen had maintained his reputation in the Big Bash League after becoming the first player to score more than 290 runs in two consecutive seasons. His match-winning strike of 62 in the semi-final for Melbourne stars and then a 39-ball 74 in the final had created a storm. He injured his calf muscle in the home game against Kolkata Knight Riders earlier this month.

The latest casualty in Dhoni’s army. He was just starting to show glimpses of his brilliance when calamity strikes. Scoring 280 runs from eight matches which included a century, he will be a huge miss. According to Australia’s sports science and sports medicine manager Alex Kountouris, Smith was struggling with the injury for more than a week and eventually pulled out after failing to recover.

Another example of Pune’s unfortunate season. Days after Pietersen’s exit, Pune Supergiants suffered another blow as their ever-dependable batsman Faf du Plessis fractured his finger during the game against Sunrisers Hyderabad. Alike Australia, South Africa too had a busy T20 season until before IPL. It started from the three-match T20 series in India last year. Du Plessis has been replaced by Australian batsman George Bailey.

The third Pune Supergiants’ player to head back home this season was Mitchell Marsh. The Australian all-rounder was sidelined with a side strain. He had featured for Dhoni’s team only in three games taking four wickets at an impressive economy rate of 5.0.

Adding to Kings XI Punjab’s underperforming season, Shaun Marsh has also been ruled out with a back injury earlier today. The batsman picked up the injury during the game against Kolkata Knight Riders and has been struggling to recover since then. In a season where most other batsmen are having dry spells, March had scored 159 runs from the six matches he played this season.

The star West Indies opener, who smashed a match-winning 82 against India in the semi-final of World T20, has not been able to survive the curse. Simmons’ only game in the season came against Pune Supergiants. Simmons was replaced by Martin Guptill.

The 30-year-old Australia pacer featured only in two games for Kolkata Knight Riders before flying back home. Hastings picked up an ankle injury during the warm-up session ahead of his game against Mumbai Indians last month.

Since limping off from World T20 group stage, India’s most exciting player has not returned to the field. Yuvraj was bagged by Sunrisers Hyderabad this season and he hasn’t featured in a single game yet. He missed the semi-finals of the World T20. Yuvraj has missed the first two weeks of the IPL season, and has revealed that he was targeting the May 6 game against Gujarat Lions to make a comeback.