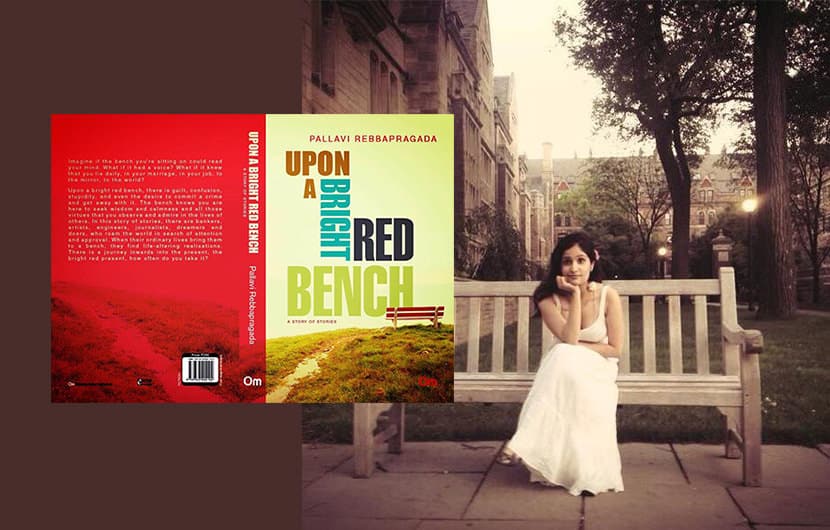 Upon a Bright Red Bench is the first literary effort of Pallavi Rebbapragada. It is a collection of short stories narrated by a bright red bench. In 2010, she started her career as a correspondent with The India Today Group. In 2013, the falcon of her dreams landed in Dubai. Here, she worked with Forbes. Her next stint was with The New Indian Express in New Delhi. She now writes investigative reports for Firstpost. She has reported from India, Europe, the Middle East and the Far East. From the vibrant worlds of fashion, food and luxury to the dark alleys of death, drugs and homelessness, her pen has journeyed across human realities. She earned her Master’s degree in Sociology from the Delhi School of Economics, where she was also awarded a National Scholarship. Her love for prose grew in 2014 at the Yale Writers’ Conference. Home, she feels, is where the printing press is. 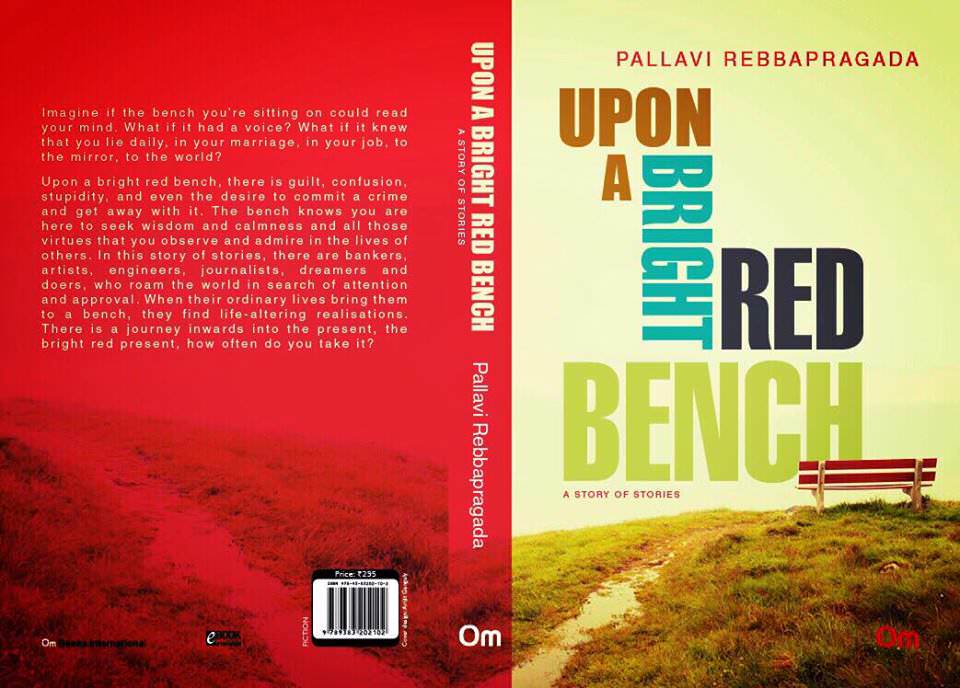 This is your debut novel. How does it feel?

I have sliced up my heart and my mind and placed them together on book shelves that aren’t mine. It’s a strange and magical feeling, almost like shrinking my readers into molecules and letting them float into the depths of my mind, where it’s both dark and colourful.

Upon a Bright Red Bench has caused quite a stir. Can you tell us a bit about the book?

Upon a Bright Red Bench is a collection of stories narrated by a bright red bench. I wanted an objective and neutral voice to narrate human stories and make observations about the dualities, the hypocrisies, the cool and casual kind of madness that ordinary life conceals, or fails to. Whether it’s a girl who suddenly finds herself conflicted in an arranged marriage to a government officer in Uttar Pradesh or a girl studying art in Paris and is labelled as modern by the world, or an entrepreneur who runs into a nun on a train, or techies from Bangalore who move to Dubai on a short contract leaving their partners behind or even the daydreamers in Mumbai reluctantly facing reality day after day…the emotional dilemmas of modern Indians and how their relationships and beliefs run parallel to them is at the heart of this book and it is scattered with philosophical questions. It is easy for the bench to be detached because it is only a thing. It can offer solutions to problems people are either too shy or somewhat incapable of defining.

Do you think, the issues that have been powerfully raised by the book, will actually solve urban India’s many emotional dilemmas?

Fiction isn’t exactly self-help. It’s not literally a book of answers, but it does take the readers closer to their own questions. Even though writing is a solitary journey and involves spending long hours alone and away, the writer must create something that can eventually become the personal belonging of anybody. The words and the thoughts have to become one with the reader and if and when that happens, emotional dilemmas evolve if not resolve.


How much research went into sculpting the manuscript?

Research begins in observation, constant and unblinking. I am a descriptive writer and for me, life gazing is a clean and crisp form of research. Spending long hours walking through the cities I have written about, set the tone. The mood came from corresponding music, literature and poetry. Like bouncy rubber balls, emotions run and hide. A writer strives to catch hold of them with grace and honesty. I read psychology to get a firm grip over my characters to write out multiple thought-processes of men and women, be it thinking like a man or a girl bolder than I am. From a tomato red handbag in a show window to a burning grey candle, research lies in inspiration that comes from everywhere.

Have you always wanted to be a writer? When did you decide to write a book?

Sometimes, naïve infatuation lasts a lifetime. I am infatuated with poetry, I don’t call it love because love is abusive and immersive. Infatuation is partial escape and builds imagination, and is designed to stay young. This infatuation began in my childhood, when my uncle used to read Zauq, Ghalib and Khusro to me. The decision to become a writer was not a conscious one. It happened on its own when the thoughts inside my head crackled like popcorn and began noisily threatening to fall out. As a reader, I have a new favourite literary genre every couple of years. From jazz age prose to magical realism to racy thrillers, something or the other has kept bringing me closer to my own little need to write.

And, on the whole, was it a positive or negative experience?

Like living, writing too has ups and downs. It’s only normal to have good days when thoughts naturally turn into words and fall on paper. And on other days, blankly staring at a wall and listening to one song after another for hours doesn’t invoke the mind. It’s a long and emotionally exhausting journey, there are plenty of uncertainties. But as long as the writer believes in the manuscript he or she is making and is ready to adapt along the way, then things do fall into place.

I want to unclothe layers of social and cultural conditioning to expose the naked mind, the free mind and all its quirks.

How long does it take to write a book and get it published?

If Fyodor Dostoevsky’s The Gambler and Jack Kerouac’s On the Road were completed in a month’s time, The Lord of the Rings and Gone with The Wind took over a decade to take shape. Writing is like that, based on a timely blending of research and intuition.

What’s your thought process behind the book?

My thought process is simple, to hand-hold my readers and take them into the moment that they are living, into the ordinary. I want to unclothe layers of social and cultural conditioning to expose the naked mind, the free mind and all its quirks.

How many short stories does it have?

It is a collection of ten stories.

Tell us about your writing routine; what’s a typical writing day for you?

I wrote on the side of a job with a newspaper, so I had no option but to write at night. Actually, because of the lack of time, I kept a notepad handy and scribbled whenever I found spare minutes.

Are you an author that interacts a great deal with your readers?

Any interaction with the reader, right now, happens only through my writing.

Something personal about you that people may be surprised to know?

That my heart breaks easily and that I make up such stuff easily.

Cancel reply
Field of Dreams, India’s first professional baseball stadium is here
FindMyStay, the hotel booking platform with a win-win catch for all