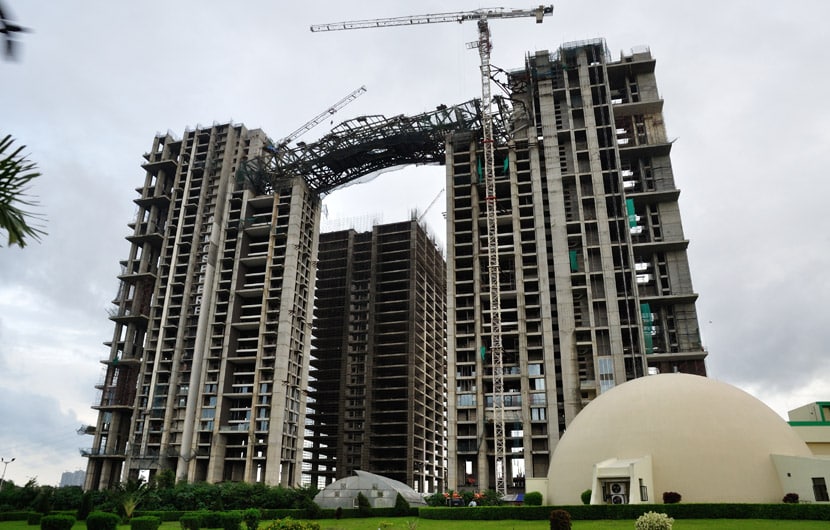 Demonetization has flushed banks with Cash. Banks would indeed like to advance loan at attractive pricing.

Post demonetization, this topic remains one of the most goggle searched one. The reason is obvious. Indians being a net saving society love Real Estate. However, 8th of November 2016 changed many things. One thing was quite obvious that if any asset gets devalued here on then Real Estate shall top the list. Let me divide this essay into two parts: Primary Sales and Rental Market.

Being from Real Estate & Technology space, the imminent situation causes concerns. However as Aldous Huxley once said  “Facts do not cease to exist because they are ignored.”

Properties in twenty class A and 25 class B cities were the ones being invested heavily by investors as well as first time buyers alike. In cities circle rates follow three patterns. Pockets where rates are lower than the market rates, sections were circle rates are higher than the market & finally pockets were the rates are more or less in agreement. It’s the first two that cause concerns. Let me explain; when the circle rate is lesser than the market value, the differential is such amount that is transacted via cash between the buyer and the seller. The cash figure could range between 15% to as much as 45% of the deal. Government pretty much remains the net loser in such cases, as it would lose on stamp duty as well as the income tax.

In the second case were the circle rate is higher than the market the transaction shall be construed by law as being partly done in cash, given that the buyer, though having paid a lesser amounts, would now have to register the property with state government at a higher price thereby paying higher stamp duty.In case of class B cities, there aren’t many reputed/branded developers and this situation read with substantially lower circle rates in many ways opens up room for price variations to be settled majorly in cash.

Post November 8th 2016, if there has been one sudden change then that is invariably in Indian consumer’s behavior pattern. In areas where circle rates are still low, prices would have to eventually drop to the level of the circle rates. In cases where circle rates remain higher, well, that territory is going to have a deserted look until the state governments revise the rates southwards.Class B markets, where majority of the transactions were carried out in cash, would suffer the most.

To analyze the typical demand-supply mathematics it would be worth to run some numbers.

Further Hon’ Delhi High Court in the case of  Commissioner of Income Tax v/s M/s Ansal Housing Finance and Leasing Company Limited (ITA 18/1999 dated 31.10.2012) has ruled that all such properties that remain ready but unsold in the books of a developer shall be charged with Income tax on the Rental Value based on the prevailing market rental of all such property/units.

So supply being where it is, the story of how much the property prices are going to come down would pretty much be a factor of demand augmentation.

As I see it someone amongst the three players would have to take a hit. Either the bankers take a haircut or the buyer moves in to save the day and start buying at the current rates. These two scenarios seem very far-fetched to me. That said, what are we left with? Well, the developers. Yes, all eyes are now on the developer. It’s them who need to act and act fast. No matter who says what, unless prices are reduced drastically, these properties ain’t gonna sell.

There are 30 Million properties on rent within top 10 metropolitan cities in India. There remain primarily three players; The Landlords, The Tenants and The Estate Agents. Landlord’s perennial fear is “safety of the property and timely payment of rents”. Tenant invariably faces a situation of having to deal with Landlords directly; a situation, which more often than not creates friction amongst the two. Add to it the “arbitrary demand of Landlords to vacate the property mid-tenancy term and the unreasonable annual rental raise”.  As for Estate agents, well it’s all about closures. By hook or by crook a deal should close soon. Once a deal is inked, the agent charges both sides 1 month’s commission (most often in cash) and is out of picture in no time. Now the Landlord and tenants deal with themselves.

A London headquartered Fin-tech and Real estate Technology Company, RedGirraffe.com, has initiated “UBERization” of Estate agents. The company technologically integrated with 40 of the largest banks in the country and launched its Fintech product called “RentPay”. It allows any tenant staying anywhere in India to simply log on and start paying their rent via credit cards/debit cards.

With this timely move, RedGirraffe.com along with 40 of the largest banks in the country offers a holistic solution to tenants all across the country to go Digital. As for the landlords issue, all such landlords who are demanding cash are unaware of the provision of section 22 and 23 of Income Tax act, which states that regardless of whether your second property in India is empty (or if you are charging rent via cash and thereby technically showing your property as empty) one has to pay tax on the basis of deemed income accrued based on the standard prevalent market rental. Yes, even if your property is actually lying empty, there is a tax accrual happening on all such vacant properties.

With the imminent action of implementation of Benami Act, we believe all the properties shall get regularized and the registrar’s office shall get automatically linked with Income Tax department. Landlord’s charging CASH as of now remain unaware of what’s headed their way. It’s in the interest of all landlords (regardless of where in the world they stay holding a Rupee denominated Indian bank account) and tenants to go DIGITAL and pay their rents via DEBIT/CREDIT cards. Pretty much all the banks have partnered with us and the intention is to usher in TRUST into the fractured ecosystem of residential and commercial leasing brokerage and rental flow ”.

Thus, the company solves two major problems that form the cancer within the Real Estate – Unregulated Estate Agents and Large cash based rental and brokerage transactions. An act that could potentially choke substantial portion of black money from circulation.

Cancel reply
If Apple manufacturing in India comes true, what’s in it for you?
Reviewing Budget announcements for healthcare sector: Anshul Mittal, Konsult