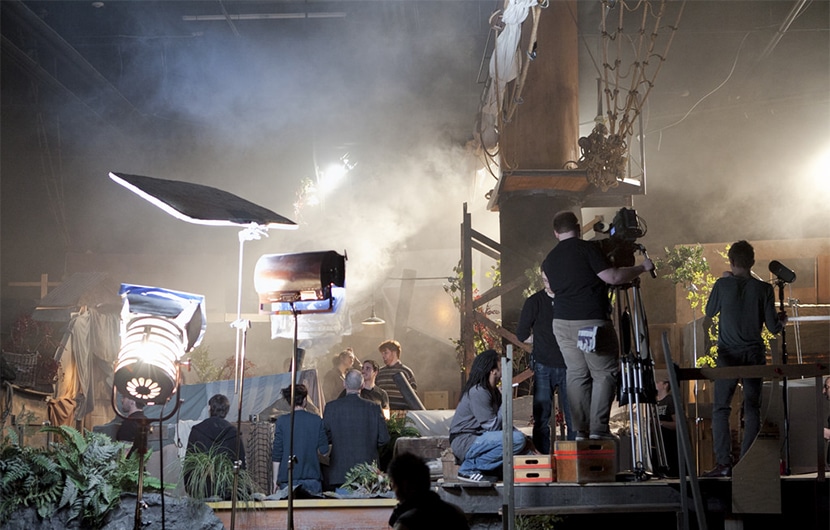 Currently, there is no common floor for filmmakers to meet and greet on a global digital scale. This platform is going to change the way filmmakers study their prospects

It is not uncommon that some of the brilliant ideas by filmmakers for short-films, documentaries and even feature films often don’t see the light of day. There could be several reasons for this which include major challenges plaguing the industry right from identifying the right talent, connecting with the right people and having access to the right kind of talent houses. There is a crying need in the industry to find ways to meet these challenges, and these talent hurdles need to be brought to the forefront.

The culture of film-making in India is quite conducive to growth. The fact that even graduate filmmakers produce at least 20 films prove that the industry is protruding toward the below-35 age bracket where talent is multiplying, technical professionals are in higher demand than before and networking is just getting chaotic.

Year 2016 had witnessed the exponential growth of entertainment. Reports show a CAGR growth of 10.3% to cross the $40 billion by 2020 (PwC). Filmmakers all over India strive for a portion and overcome their peers. According to the report, box office collections in India are estimated to grow at CAGR of 10.9% to $2.74 billion in 2020 from $1.64 billion in 2015 which makes us one of the largest film industry, in terms of ticket sales.

India, today, is brimming with talented individuals just looking for ways to express themselves through their creativity, and yet, it doesn’t have a formal ecosystem in place for filmmakers as most of them borrow cameras, play multiple roles and hurriedly make a film without following any process, right from script to screen.

There’s also no platform for filmmakers to reach out to their audiences unless they were really well connected in the film fraternity. The challenges filmmakers are facing are financial support, infrastructural support and mostly a dedicated platform to showcase their work.

With the onslaught of agents who patch up producers, talent and crew; the entertainment industry is getting cluttered with more limitations and lesser stars, especially for filmmakers who don’t have funding which creates a problem for the entrant level filmmakers too.

Putting together a film crew is a task in itself. Having the right people for the right script with the right resources and at the right time helps make the most efficient films. There are a number of things which the producer must look into where hiring the services of an agent or broker proves not only proves to be cost-burdening, but time-consuming too when producers mean business.

Many entrant and low-budget filmmakers are on the run for their money when they want to meet their requirements; hence it goes without a doubt that they would prefer to avoid broker fees in certain situations.

The agent treatment is a mechanical approach to getting films made. Nowadays with digital booming in India, connecting over a platform made solely for filmmakers retains its human and social touch.

Media Konnect is the first online portal, which provides end-to-end solutions for all film makers across the world irrespective of their country or the language in which they would like to make their film.

Media Konnect, a global exchange platform aims to identify, connect and collaborate with the talent from M&E Industry across the globe. As a member of this international platform user will be able to streamline their search with the right kind of crew members, finance and reps from around the world at a click of a mouse. Media Konnect, aims to be the next go-to networking platform for the seasoned, novice and aspiring talent in the entertainment industry. With their presence globally they’re hopeful that even the right talent or a low budget film will get to see the light of day through their platform.

Cancel reply
The Growth of Self Branded, Virtual Restaurants: Deb Mukherjee, Ceres Hospitality
What start-up India and their entrepreneurs are saying about Union Budget 2017