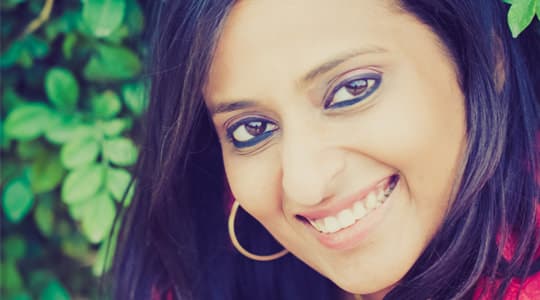 With the rising growth of the entrepreneur industry in India, countless individuals have broken the mould of conventional jobs and have taken the plunge to start something on their own. However, like all industries in the country, there is a definitive lack of women entrepreneurs. India’s economic progress may be something to look forward but is the country really progressive enough in terms of gender equality?

Instead of taking it the stereotyped easy way, Aakanksha Bhargava, CEO & President of P.M. Relocations (PMR) took the up the challenge to become an inspiring role model for numerous women entrepreneurs who are restricted by societal norms. She holds the title of being the only woman in the country who is leading a move management company at a large scale, in an industry that is pre-dominantly labour-extensive and male-oriented.

PMR itself was an innovative venture that was launched way ahead of its time in 1986 when packing and moving was a largely unorganized business entailing hiring of transport and third part labourers. It went ahead to systemize the services in the sector and has established itself as a leading name in the relocating industry in the past three decades.  In an exclusive interview with My Big Plunge, Aakanksha Bhargava talks about how she took up the role of an entrepreneur, successfully pushed PMR to higher milestones and the problems women entrepreneurs may face in the industry.

MBP : How was entering into the start-up industry like?

Bhargava : I had entered the industry by birth. My father had set up a business earlier. While growing up, I had seen my family be a part of the industry and naturally, one would feel to be a part of it. Moreover, I wanted to help my father in his work. Maybe as a support but not like a full-time career. While working with my dad I realized that a lot of things can be implemented into the model to make things better. I wanted to take it to the next level.

MBP : How did you enter PMR? What kind of growth has it seen over the years?

I joined the company in 2007 when the company was called PM Packers and Movers. The first thing I did was change the name to PM Relocations. In 2007, we opened an office in Bangalore and then in 2008, we opened one in Hyderabad. We moved to other cities and now have 14 offices today. Two years back we conducted a rebranding so now the company’s called PMR.

MBP : How supportive has the Indian marketplace been to PMR?

Bhargava : India has a lot of exciting market opportunities. There are people coming from everywhere and relocating here. Earlier, families were happy staying in one place and not move from there. That created a comfort zone for them. Today, people are ready to relocate; they are ready to experiment and explore new lifestyles.

MBP : How has the response been from the public?

Bhargava : Our clients have always been corporate. Over the years, they’ve had more structured programs of relocation. Earlier, they were mainly based in the metros but now numerous corporates are now expanding to tier 2 cities.

We do have plans to expand ourselves to the B2C sector. Not many people our aware of the right ways of relocating. We will be looking and proper marketing and campaign that will push PMR as a company that people can count on when they relocate.

MBP : What do you think the Indian work culture needs to counter gender stereotyping?

Bhargava : I think the whole notion about women not being able to manage finance or operations is very wrong. How things are separated between a woman’s job and man’s job. There’s the thing about driving; there’s the entire demarcation and mindset that is present. I think the whole thought process should be changed. There’s nothing which either of the genders cant do.

MBP : Any advice you would want to give to young entrepreneurs?

Bhargava : if there’s one advice I’d like to give; it’s to face your problems yourself and not find ways around it.

Aakanksha Bhargava’s role in PMR’s expansion has been priceless as she continues to drive the company’s legacy that her father had built almost 30 years back. With more innovations and customers down the line, PMR is in safe hands.