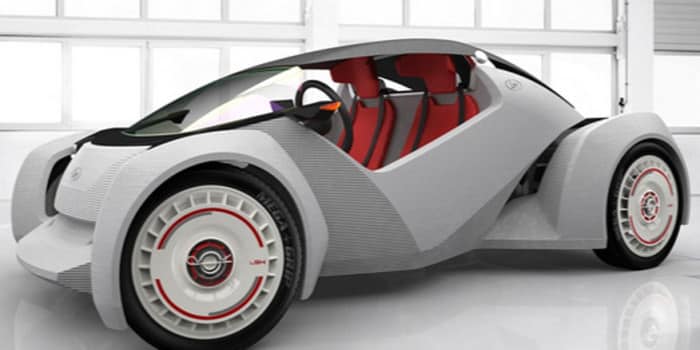 The last half of the decade has seen an immense rise in the 3D printing industry. Manufacturing companies are finding it a cost-effective and durable method for creating structures directly via a virtual platform. With the popularity and usage spreading across various industries, 3D printed items have been used for countless purposes – from molding toys and special effects in films to creating entire replicas of appendages for patients with amputated limbs.

3D printing is carried out by using a high-precision laser against various material like epoxy resins, powdered titanium that can be made into solid objects. The catch is, it picks up a 3D model from a virtual platform and creates it one pixel at a time. This process may be a bit slow but it is user-friendly and also allows an unlimited amount of customization.

Though there has been some controversy regarding its access, 3D printing has been more or less accepted by the modern community. However, its next application may just be the thing it needed.

Arizona-based start-up Local Motors is planning to get into the automotive industry by bringing 3D printing cars into the picture. plans to build two versions of the ReLoad Redacted vehicle using a design that was submitted as part of a contest by Kevin Lo, an engineer living in Vancouver, Wash. Set to debut during the first quarter of 2016, it will be a low-speed battery-car, or so-called neighborhood electric vehicle, priced between $18,000 and $30,000. A full speed vehicle is set to follow, the company said.

“At Local Motors, we are hell-bent on revolutionizing manufacturing,” said John B. Rogers, Jr., CEO and co-founder of Local Motors. “Car manufacturers have been stamping parts the same way for more than 100 years. We now have the technology to make the process and products better and faster by linking the online to the offline through DDM (Direct Digital Manufacturing). This process will create better and safer products, and we are doing exactly that.”

Back in January, the company demonstrated its concept at the Detroit Auto Show by printing out an entire body on the floor of the Cobo Hall convention center. That prototype, dubbed the Strati, had barely 50 individual parts, beyond the electric powertrain.

While conventional automobile manufacturing factories can need as much as a billion dollars for construction and operations, Local Motors aims to do it at a fraction of its cost by setting up compact facilities.

“Micro-factories are a great counterpoint because they employ an economy of scope by taking advantage of low-cost tooling and co-creation, resulting in the ability to get products to market faster and in less time while using less capital to find a winning concept,” co-founder Rogers explained

While all this looks good on paper, Local Motors needs to address the issue of time crisis. The technology behind 3D printing may be more accessible and cheap but it is also quite slow compared to conventional manufacturing. The question is – How will this ambitious start-up manage when it goes large scale?

Local Motors claims that research is underway to quicken the manufacturing by up to 500 times with new 3D printers. If everything works out, the company may just have a strategic advantage by being a first mover. How well the cars perform on the road? That’s a different story altogether.

Digital India: How are start-ups reacting to it?
Aakanksha Bhargava : Leading the way in the male-dominated relocation industry