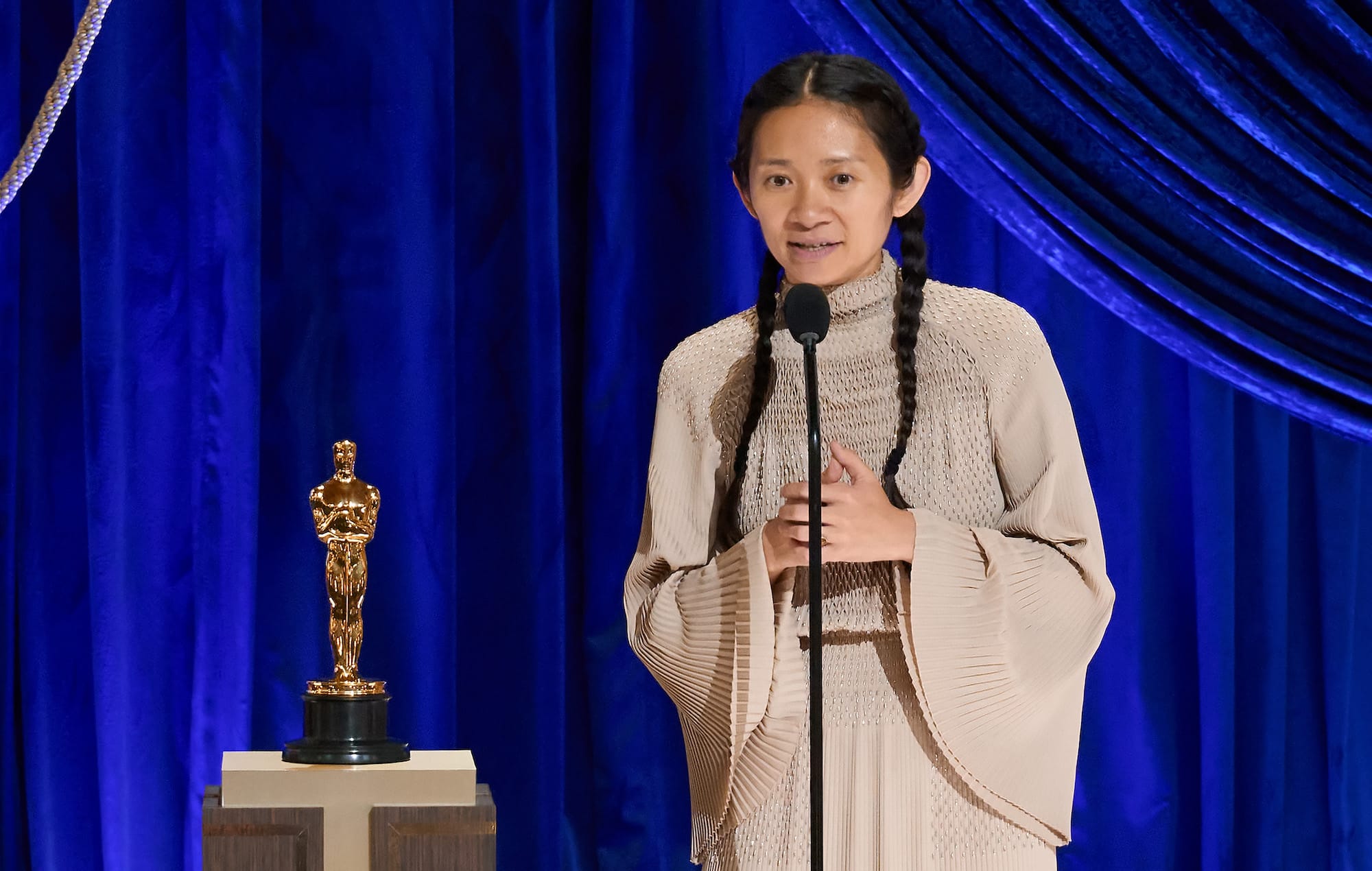 Director Chloe Zhao’s Nomadland has come up a big winner at the 2021 Academy Awards, three Oscars for best picture, director and actress.

Director Chloe Zhao’s Nomadland has come up a big winner at the 2021 Academy Awards, three Oscars for best picture, director and actress. The film was nominated for six awards.

Based on the 2017 non-fiction book Nomadland: Surviving America in the Twenty-First Century by Jessica Bruder, the film has a fictional composite character – a widow named Fern, which is played by actress Frances McDormand; the film follows a woman who leaves her small town to wander the American West, meeting along the way others who have sought an itinerant life away from conventional society.

Chloe Zhao became the first Asian woman and first woman of colour to win the award, and only the second woman in the event’s 93-year history. Zhao not only directed the acclaimed Nomadland, but also wrote the screenplay and edited the film. She took home the award for best director for Nomadland, a category that had two female filmmakers nominated for the first time. Zhao is now just the second woman to win best director in the Academy’s 93 years (following Kathryn Bigelow for The Hurt Locker).

“We give this one to our wolf,” Frances McDormand, one of the film’s stars and producers, said before howling to the ceiling as she accepted the accolade. She asked viewers to watch the film “on the largest screen possible” at movie theatres “very, very soon”. McDormand also took home the award for best actress for the film. “My voice is in my sword. We know the sword is our work and I like work. Thank you for nominating me tonight and thanks for this,” she said to the crowd.

This year the Oscars achieved a major diversity milestone with a record-setting nine acting nominees who were people of colour, and many prognosticators believed there was a strong possibility that four of those nine would make up for all of the acting winners for the first time in Oscar history. Minari co-star Yuh-jung Youn also became the first Korean actress to win an Oscar.

Moreover, Netflix garnered six trophies, marking the culmination of the leading streamer’s courtship of Oscar voters, despite resistance and misgivings within the Academy of Motion Picture Arts and Sciences, the organization that presides over the awards.

Due to the pandemic, this year’s Oscars, as per CNN, extended the awards calendar by two months and made what was described as a one-time only exception allowing movies that premiered via streaming and weren’t released theatrically to compete. But those same factors also resulted in several movies that might have contended for awards being delayed beyond the eligibility window, hoping for a more traditional release and greater box office revenue once theatres reopen.

As a result, five of the eight best-picture contenders premiered exclusively or simultaneously on streaming services, with Netflix amassing 35 nominations, more than any other distribution entity.

Cancel reply
Godzilla vs. Kong set to make a “roar” at the box office
Television viewership expected to increase 10 to 20% amid lockdowns