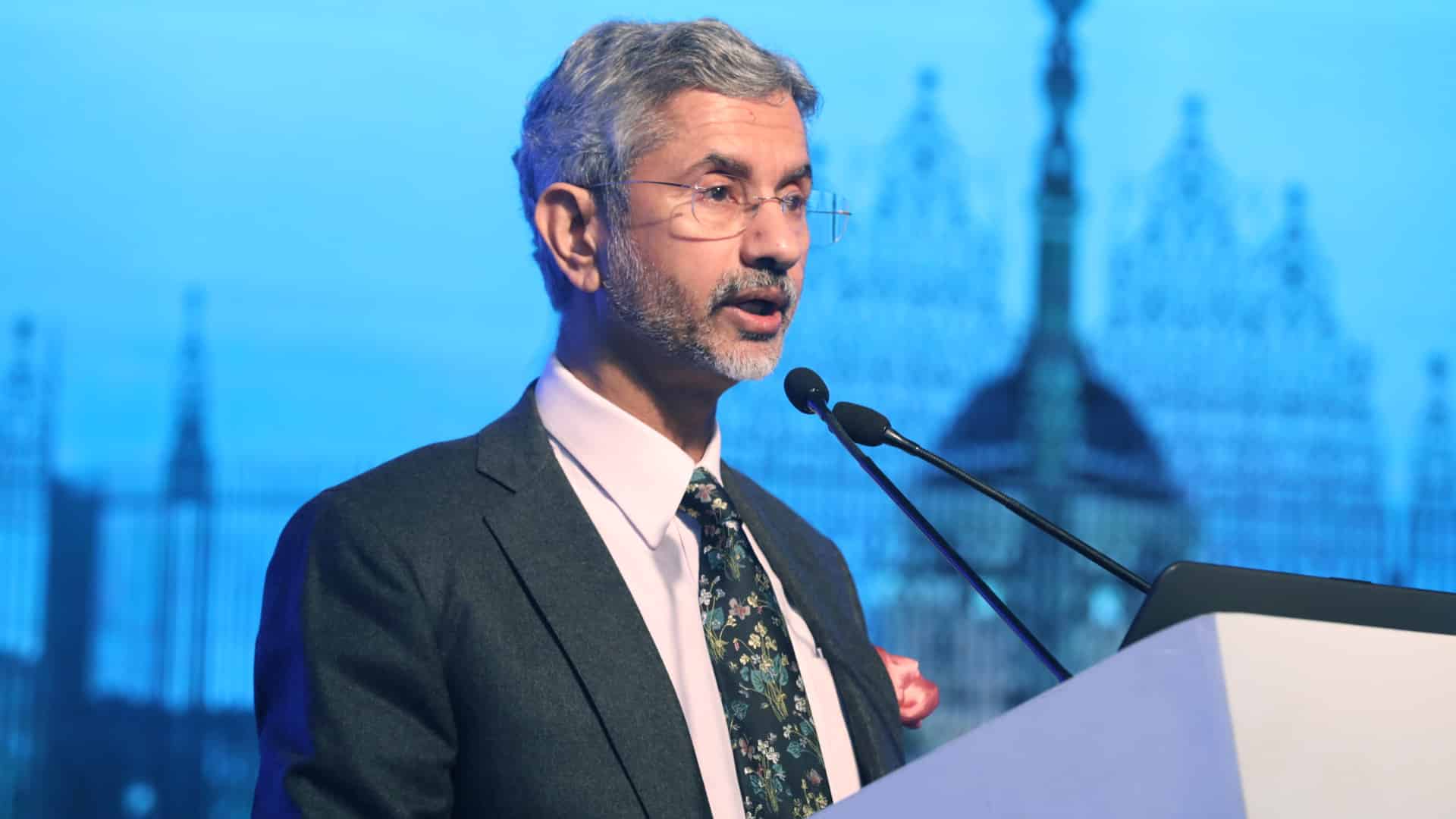 India, which has shipped Made In India’ COVID-19 vaccines to 25 countries, on Wednesday appealed the international community to stop “vaccine nationalism” and actively encourage “internationalism”, underlining that hoarding superfluous doses will defeat global efforts to attain collective health security and combat the deadly pandemic. Addressing the UN Security Council, External Affairs Minister S Jaishankar outlined nine points for consideration of the international community to help the world put the COVID-19 pandemic decisively behind it and to emerge more resilient. Stop vaccine nationalism’; indeed, actively encourage internationalism. Hoarding superfluous doses will defeat our efforts towards attaining collective health security, he said, speaking at the open debate on the implementation of resolution 2532 (2020) on the cessation of hostilities in the context of the COVID-19 pandemic.


Last month, UN Secretary General Antonio Guterres lamented that the deadly impact of the pandemic has worsened due to the absence of a global coordinated effort and said that “vaccine nationalism” by governments is “self-defeating” that will delay a global recovery. In recent weeks, several countries have tried to prevent the export of vaccines made within their borders, which experts say would hinder a global recovery. He also emphasised that disinformation campaigns taking advantage of the pandemic to advance their nefarious objectives and activities must be stopped. Jaishankar voiced concern that lack of global coordination regarding vaccine distribution will hit conflict affected areas and poorer countries the hardest. He cited the International Committee of the Red Cross (ICRC) estimates that more than 60 million people in such areas are at risk. India is also concerned over a glaring disparity in accessibility of vaccines globally and Jaishankar emphasised that equity in access to vaccines is important for mitigating the impact of pandemic. This disparity calls for cooperation within the framework of COVAX, which is trying to secure adequate vaccine doses for the world’s poorest nations, he said.

He further called for strengthening the COVAX facility to ensure equitable distribution of vaccines to all countries in a fair and equitable manner. Jaishankar called on the international community to persist with the vaccination drive, along with other public health measures, to slow down the virus’s ability to infect new people and mutate further. He said nations must collaborate with each other on genomic surveillance to track virus mutations and variants and exchange information in this regard in a regular and timely fashion. More than 109,617,000 people have been confirmed with the deadly virus across the world and over 2,421,000 people have died, according to latest figures from Johns Hopkins University. He underscored that there is also need to effectively address public resistance to vaccines. Vaccine-related information must be contextual, empathetic, and culturally sensitive, while providing scientific and accurate facts to allay the fears and concerns of the public, he said. India stressed the need to improve public health infrastructure and build capacity through effective training programmes in vaccine delivery, especially in areas where health infrastructure is weak. Addressing the Council, Jaishankar voiced concern that routine immunisation programmes have been thrown into disarray due to the pandemic, with about 80 million children in at least 68 countries at risk of diphtheria, measles and polio. He called for urgent resumption of immunisation programmes across the world before children’s lives are threatened by other diseases.

“We simply cannot trade one health crisis for another, he said. UN chief Guterres, addressing the meeting, noted with concern that progress on vaccinations has been wildly uneven and unfair across the world. He said while the rollout of COVID-19 vaccines is generating hope, just 10 countries have administered 75 per cent of all COVID-19 vaccines. Meanwhile, more than 130 countries have not received a single dose. Those affected by conflict and insecurity are at particular risk of being left behind. When pandemic strikes, we are only safe if everyone is safe, Guterres said. Jaishankar told the Council that India, the pharmacy of the world, has been very much at the forefront of the global fight against the COVID-19 pandemic. India earlier provided critical medicines, diagnostic kits, ventilators and PPEs to more than 150 countries, about 80 of them on a grant basis. Today, the pharmacy of the world is stepping forward to meet the global vaccines challenge, he said adding that two vaccines, including one indigenously developed, have already been granted emergency authorisation. Additionally, as many as 30 candidates are under various stages of development. “Under our initiative Vaccine Maitri, which translates into Vaccine Friendship, India is providing vaccines to the world. We are, of course, a significant source of supply to the COVAX facility. But in addition, India is also directly sending vaccines to friends and partners, he said. Starting with India’s immediate neighbours, 25 nations across the world have already received ‘Made in India’ vaccines. Forty-nine more countries will be supplied in the coming days, ranging from Europe, Latin America and the Caribbean to Africa, South-East Asia and the Pacific Islands, Jaishankar said.