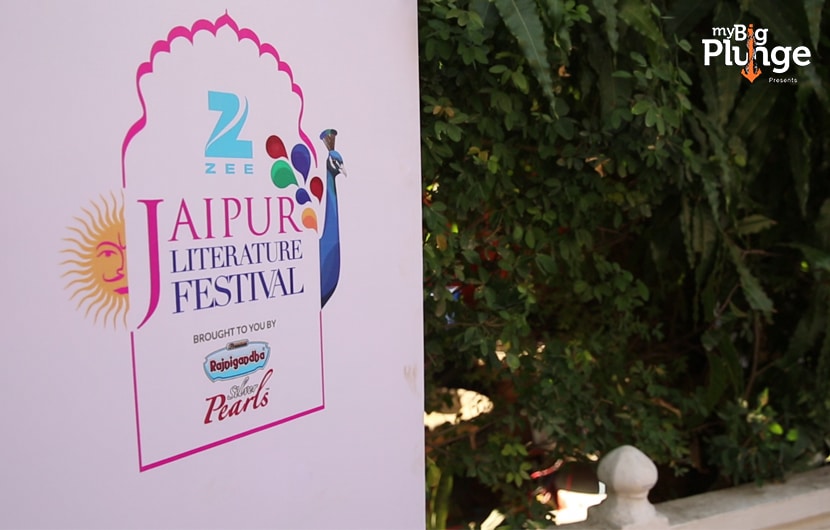 Jaipur Literature Festival has hosted 1300 speakers and welcomed nearly 1.2 million book lovers over the past decade

It has been 10 years since the beginning of the Jaipur Literature Festival (JLF), which has now grown to become what is called the world’s largest free literary festival. The festival has hosted more than 1300 speakers over the past decade and is expected to host more than 250 more authors, thinkers, politicians, journalists and popular culture icons come January.

The festival will return to its beautiful home, the historic Diggi Palace Hotel in Jaipur and willtake place between 19 and 23 January. Bringing together some of the greatest minds, from various walks of life, from across the world together on one stage. In addition to the first and second list, here’s a list of the speakers announced as part of the line-up for the upcoming edition:


Ajay Navaria, one of the foremost Hindi writers of his generation, returns to Jaipur Literature Festival. He is a short story writer and novelist and has been associated with the famed magazine Hans. Unclaimed Terrain, a collection of short stories, was translated into English and won great critical acclaim. His works highlight the hypocrisies and indignities of caste system. Other works of his include the novel Udhar Ke Log and short stories collections titled Yes Sir and Anya Kahaniyan.

Manju Kapur, who is a prolific and highly acclaimed Indian author, is also a part of the line-up. She won the Commonwealth Prize for the Best First Novel, Eurasia region, for her novel Difficult Daughters. Her other works that have received highly acclaimed recognition include A Married Woman which was shortlisted for the Encore Award, Home was also shortlisted for the Hutch-Crossword prize, and The Immigrant, was shortlisted for the India Plaza Golden Quill Award and the DSC Prize of South Asian Literature in 2010. Custody was bought by Balaki Telefilms. She has also edited Shaping the World: Women Writers on Themselves and her most recent novel is Brothers.

Also a part of the speakers list will be Marcos Giralt Torrente, who made his celebrated literary debut with the volume of short stories, Entiéndame (Understand Me). París (Paris), his first novel, was awarded the Herralde Novel Prize. His novel, Tiempo de vida (Time of Life), acclaimed by both critics and readers, was awarded the Spanish National Book Award in 2011 as well as the 2014 European Strega Prize for the Italian edition. His latest book is the collection of stories El final del amor (The End of Love), is the winner of the International Short Fiction Award Ribera del Duero 2011, Spain’s highest endowed award for story collections.


Margo Jefferson is returning to Jaipur after her first appearance at JLF@Boulder. Her work, Negroland: A Memoir received the 2015 National Book Critics Circle Award for autobiography. While she was a staff writer for The New York Times, in 1995, she received the Pulitzer Prize for Criticism.

Neelima Dalmia Adhar divides her time between writing and pursuing her interests in poetry, Hindu philosophy and the paranormal. Her first book was a biography of her father, the renowned industrialist Ramkrishna Dalmia, entitled Father Dearest: The Life and Times of RK Dalmia, which was a bestseller, garnering international acclaim. Her most recent book, The Secret Life of Kasturba, published in October 2016, is a fictionalised account of the life of the woman behind Mahatma Gandhi.

Music critic, Alex Ross, who writes for The New Yorker has received a National Book Critics Circle Award, the Guardian First Book Award, a Guggenheim Fellowship, and a MacArthur Fellowship. He is the acclaimed the author of the books The Rest is Noise: Listening to the Twentieth Century and Listen to This.


Appearing at the Jaipur Literature Festival for the first time is Historian, writer and Carroll Professor of Irish History at Hertford College, Oxford, Roy Foster. His book Modern Ireland has been credited in the Guardian as transforming historical writing. He has won the James Tait Black Memorial Prize for his two-volume biography of Yeats. In 2000, he was a judge for the Man Booker Prize, which was that year awarded to 2016 JLF keynote speaker Margret Atwood’s The Blind Assassin. His most recent work is Vivid Faces: The Revolutionary Generation in Ireland, 1890-1923.

Linda Colley is an award-winning historian, academic, author and broadcaster who specialises in post-1700 British history. Her work has been translated into 10 languages and she won the Wolfson History Prize for her third book – Britons: Forging the Nation 1707-1837. Her most recent work, Acts of Union and Disunion, was a BBC Radio Four series and book about what held the UK together and might drive it apart. She is currently Shelby MC Davis 1958 Professor of History at Princeton University in the United States and has recently written for the Guardian about the implications of Brexit.

Known for his tough interview style, particularly against politicians, Jeremy Paxman – a British broadcaster, journalist and author who has worked for the BBC since 1972 – is included in the list of 2017’s speakers. He has written several books throughout his career, his first, A Higher Form of Killing, was co-written with then BBC colleague and friend Robert Harris. His memoir A Life in Questions was published in October 2016. For 25 years, until 2014, he presented ‘Newsnight’ and is the question master for the popular quiz show ‘University Challenge’.

The founders of the Jaipur Literature Festival, Sanjoy Roy & William Dalrymple, spoke with us about what it takes to make the the largest free literary festival on earth: