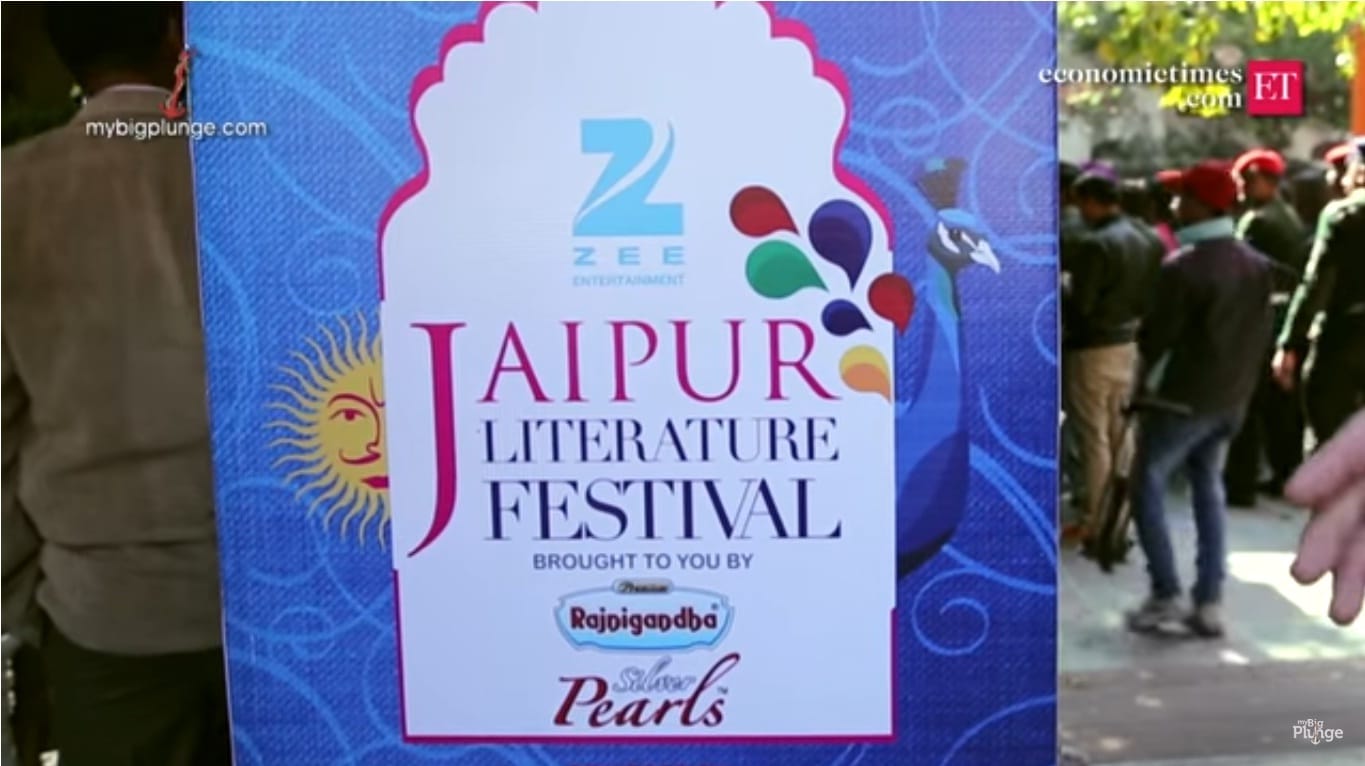 The 2017 edition of the Jaipur Literature Festival marks the 10th year anniversary of the festival and its rise to meteoric fame, becoming the largest free literary festival in the world.

The festival, again, will take place at the beautiful and historic Diggi Palace Hotel in Jaipur between 19 and 23 January. Come January, the festival is expected to welcome over 250 authors, politicians, journalists and popular culture icons. Some of the world’s leading intellects and wordsmiths are brought together on one stage. Keeping you updated on the invited list of speakers, we bring you the fifth list of speakers expected this year:

Arshia Sattar’s translation of the Valmiki Ramayana has been published as a Penguin Classic. Other works of hers on the epic include Lost Loves: Exploring Rama’s Anguish and Uttara: The Book Answers. Her most recent book for children is the Ramayana for Children while other works that she has written for children include, Kisshkindha Tails, Pampa Sutra, Adventures with Hanuman. She has also translated from Sanskrit, Tales from the Kathasaritsagara and a collection of stories about money titled, The Mouse Merchant. She co-founded and runs the Sangam House international writers’ residency programme outside Bangalore.

Acclaimed economist, bestselling author and urban theorist, Sanjeev Sanyal is also expected this time. He was named Young Global Leader 2010 by the World Economic Forum and was the Strategist and Managing Director of one of the world’s largest banks. He was also awarded the Eisenhower Fellowship for his work on urban dynamics, in 2007. Land of the Seven Rivers, The Indian Renaissance, The Incredible History of India’s Geography and The Ocean of Churn are some of the books that Sanyal has penned. In 2014 he was given the inaugural International Indian Achievers Award for contributions to literature.

Returning to festival in 2017 is Philip A. Lutgendorf, a Professor of Hindi and Modern Indian Studies at the University of Iowa. He has a strong interest in Hindi poetry, including the work and life of Tulsidas and the epic poem Ramcharitmanas, which he is currently translating into English. He received a Guggenheim Fellowship in 2002-03 for his research on the popular ‘monkey-god’ Hanuman, which has been published as Hanuman’s Tale- The Messages of a Divine Monkey. His other works include The Life of a Text: Performing the Ramcaritmanas of Tulsidas and The Indo-Aryan language.

Legendary in his role, Rick Simonson, is the chief bookseller at the Elliot Bay Book Company. He has grown and cultivated this iconic Seattle institution since 1976 and offers the best selection of new and bargain books with over 150, 000 titles at its home on Capitol Hill. In addition to this, he is also on the governing and advisory boards with Copper Canyon Press, the University of Washington Press and Seagull Books. He has been attending the Jaipur Literature Festival since 2010. He has been a jury member for the DSC South Asian Literature Prize and the US’s National Book Award.

Guillermo Rodríguez, an active promoter of Indo-Spanish cultural relations, is the founding director of Casa de la India, a pioneering cultural centre in Spain that has become a model for India’s cultural diplomacy abroad. A passionate traveller, he lived in India in the 1990s and specialised in Indian literary criticism and modern Indian poetry in English, obtaining a PhD in English from the University of Kerala and the University of Valladolid. He has published critical works on Indian literature and culture in India, Spain, France, Germany and Poland, and is the author of When Mirrors Are Windows: A View of AK Ramanujan’s Poetics. In 2012, he was awarded the Friendship Award by the Government of India for his contribution to Indo-Spanish cultural relations. Having recently spoken at JLF at Boulder, he will be attending the Jaipur Literature Festival for the first time.

Author of the poetry collection, Far District: Poems and House of Lords and Commons, Ishion Hutchinson will be speaking at the festival this time around. He was awarded the PEN/Joyce Osterweil Award for poetry, a Whiting Writers’ Award, the Glenna Luschei Award from Prairie Schooner Journal and the Academy of American Poets’ Larry Levis Prize. Along with being the Meringoff Sesquicentennial Fellow and Assistant Professor of English at Cornell University, he also a contributing editor to the literary journals The Common and Tongue: A Journal of Writing & Art.

John Keay is another repeat visitor at the festival this year. He written several books on South Asia, mostly histories. His work is known for combining meticulous research with wit, narrative and lively prose. His latest work, The Tartan Turban, is a long awaited inquest into the adventures of Alexander Gardner, colonel of artillery in the army of the Sikh Khalsa and unquestionably ‘travel’s greatest enigma’.

Author of several books, Barry Cunliffe is Emeritus Professor of European Archaeology at the University of Oxford and was knighted in 2006. His most recent book is By Steppe, Desert and Ocean and covers human connections across Eurasia from 10,000 BC to the Mongol invasions.

Adam Thirlwell is the award-winning author of three novels, Politics, The Escape and Lurid & Cute; a novella, Kapow!; and Multiples, a project with international novels. His work has been translated into 30 languages. He is the winner of the EM Forster Award and a Somerset Maugham Award and has twice been chosen as one of Granta’s Best of Young British Novelists.

Making her first appearance at the Jaipur Literature Festival, Emma Sky, OBE, served in Iraq between 2003 and 2010 and is a British expert on Middle East. She is an Officer of the British Empire and teaches Middle East politics at Yale University’s Jackson Institute. Emma is the author of The Unraveling: High Hopes and Missed Opportunities in Iraq.

The Jaipur Literature Festival is completely free there are no reserved spaces, which is a powerful statement in a country where only the privileged few get access to such individuals. The festival’s director William Dalrymple and producer Sanjoy K. Roy speak here regarding the controversies and other things that have surrounded the festival in the past: