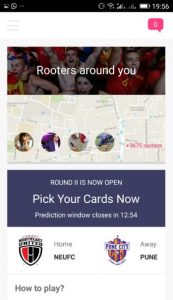 The app connects users with fans in their vicinity

Looking to bridge the gap in the sports fan engagement market, Rooter app is the brainchild of Piyush and Soham Sinha – Founder & CEO and Co-Founder and CTO respectively – who are both sports enthusiasts. They recently received angel funding from Indian industry actor Boman Irani and was enabled by Kwan Entertainment Pvt. Ltd. Through the unique tech product, sports fans can connect through social interactions and gamifications with one another – across real and virtual worlds – from devices they are constantly connected to.

While allowing connections of a high number of loyalists, Rooter app makes for high-octane excitement through its real time engagement. In addition to the prediction game, users can chat with other users individually or on the Live match forum during matches, play pre-match quizzes and win prizes. 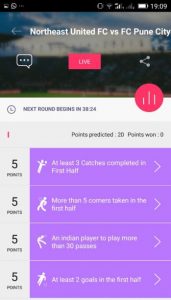 Besides the prediction game, play pre-match quizzes and win prizes every day.

Designed as an Indian app for global sports fans, the app lays primary emphasis on the global sport of Football and the most popular Indian sport – Cricket. Along with the Indian Super League (ISL), it will also include all European football leagues. Rooter will cover Tennis matches as well, including Grand Slams and ATP tournaments and will soon feature more niche sports like F1 and NBA.

Speaking on the launch, Piyush, Founder & CEO, Rooter said, “Being passionate sports fans ourselves, we felt there was a pressing need for something which helped us connect with other like-minded individuals in real-time… while the sporting action is on. We are very excited about the launch of our app and are looking forward to the difference it makes in the global sports viewership and engagement experience.”