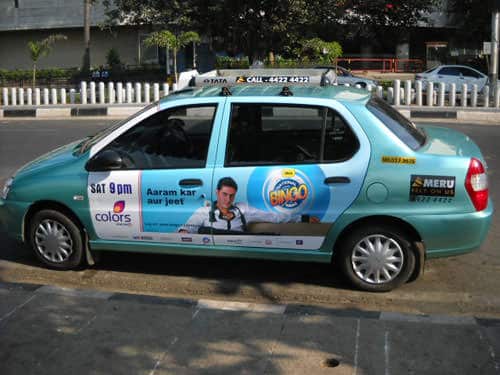 Aiming to strengthen its foothold in the Indian market, radio cab service Meru has raised Rs. 150 crore ($50 million) from Brand Capital, which us the investment arm of Bennett, Coleman and Co Ltd (BCCL) that owns the Times of India.

Siddhartha Pahwa, the CEO of Meru Cabs, said, “With the ongoing transformation in the taxi industry, this move is in line with the company’s efforts to showcase its services to a larger customer segment via a bouquet of media channels.”

According to PTI reports, Meru will be deploying these funds primarily to increase its brand salience and awareness targeting to widen its customer base. Last year, Meru had raised Rs 300 crore ($50 million) from its existing investor, India Value Fund Advisors.

Launched in as back as 2007 as an air-conditioned radio cab service, Meru is now is now competing with newer rivals Uber and Ola that are backed by deep-pocketed investors. Meru Cabs has also integrated its cab booking system with Facebook Messenger to provide automated cab booking facility recently.
Meru receives over 70 per cent of its booking from the mobile app.

It has also launched MeruGenie in February this year, a low-cost taxi service present across 13 cities in the country now. Not only that, it has also launched ‘Meru Enable’, a specialised service for differently-abled and elderly commuters, which is spacious and disability equipped.

Meru Cabs has also announced plans to launch inter-city ride-sharing services on two routes initially – Mumbai-Pune and Bangalore-Chennai after there was a successful rollout of it in Delhi. It intends to finish the test pilot by the first quarter of FY 2016-17.