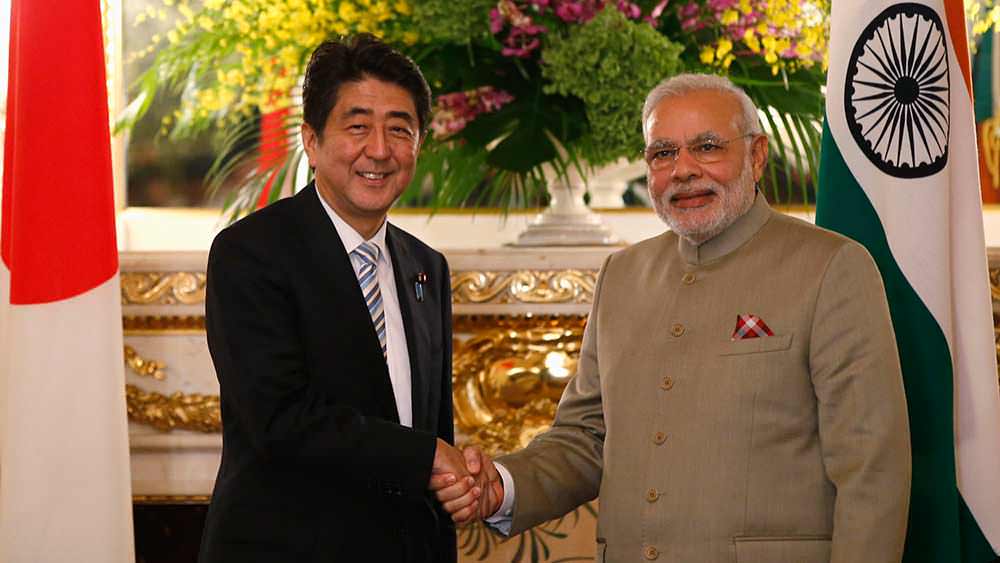 Calling it a ‘busy and fruitful Japan visit’, Prime Minister Narendra Modi returned home on Saturday. During the three-day visit to Japan, the two countries managed to sign a landmark civil nuclear deal and nine other agreements in multiple fields.

Modi traveled in the famous high-speed Shinkansen bullet train, which will be introduced on the Mumbai-Ahmedabad stretch in India, along with his Japanese counterpart Shinzo Abe. Before leaving, he addressed a gathering of business leaders over luncheon in the city of Kobe, on Osaka Bay.

Earlier today, travelled to Kobe with PM @AbeShinzo on board the Shinkansen bullet train. pic.twitter.com/GLT9qgzJuy

Keeping in mind its sensitivities on safety and security features, Japan agreed to exports of its atomic technology and reactors. Shedding their reservations and agreeing on the civil nuclear deal is a landmark pact signed between the two countries.

In all, ten agreements were signed between the two countries, with Modi describing the nuclear pact as historic. Wide range discussions took place between the two nations covering security, terrorism, trade and investments, skill development cooperation, contacts between people-to-people and aerospace.

Cancel reply
Yoko Ono’s Response to the Election of Donald Trump as New US President
After Arvind Kejriwal and others question Paytm, company goes on to record highest amount of transactions a day