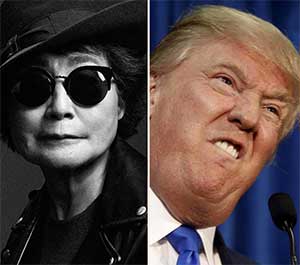 Social media has been flooded with responses to the shocker that shook everyone termed as ‘liberal’ ‘White collar’ ‘Big City People’ etc. there is one response which is precise and too the point, highlighting what many would be feeling and especially women. It captures how disturbing this ‘shake up’ (a term used by a lot of Trump supporters) is and prove to be. Yoko Hono’s response is simple to the point and leaves no scope of debating points!

Dear Friends,
I would like to share this message with you as my response to @realDonaldTrump
love, yoko pic.twitter.com/s1BqfUgfLr